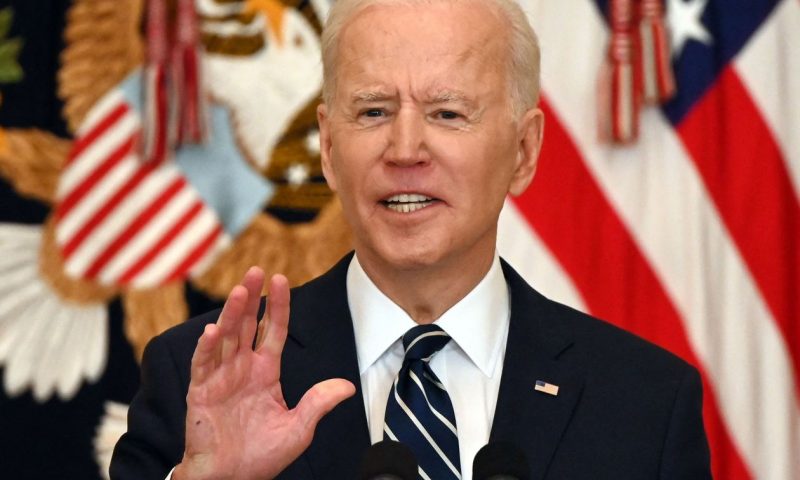 Biden is slated to unveil the first part of his “Build Back Better” plan in Pittsburgh later Wednesday that would detail $2 trillion or more in spending on infrastructure. It would be offset by raising the tax on corporate income from 21% back to 28% after being cut in 2017 from 35% to 21%.

News reports said the size of the plan could further rise to $4 trillion as additional parts are unveiled, offset by increases in tax rates on the wealthy and investors.

“We have always been of the opinion that markets never believed President Trump’s corporate tax cuts would be permanent. Raising them to the old levels would therefore not change our bullish outlook,” said Nicholas Colas, co-founder of DataTrek Research, in a note.

“Changes in individual tax rates, especially those related to capital gains, are another matter. Given the outstanding gains of the last few years, especially in speculative tech stocks, changes in cap gains would certainly cause taxable account selling with no near-term offset in demand,” he wrote.

The infrastructure plan comes less than a month after the passage of a $1.9 trillion package of COVID relief spending. The fiscal boosts have boosted inflation expectations, which have been cited as a cause of a bond-market selloff that has sent the yield on the 10-year Treasury note to its highest since January 2020. That’s put pressure on tech shares and other growth-oriented stocks.

The Chicago purchasing managers index for March is due at 9:45 a.m., while a reading on pending home sales is set for release at 10 a.m.

What are other assets doing?