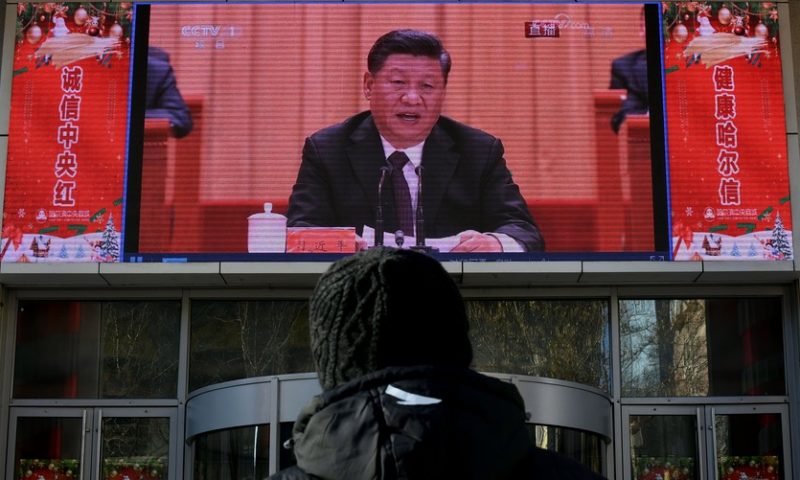 The health of the Chinese economy is top of mind for U.S. investors in 2019

The S&P 500 index has rallied impressively so far this year, but the future of the U.S. bull market could be decided in large part by events unfolding halfway around the world, in China, where the world’s second-largest economy is struggling.

According to an analysis by Bank of America Merrill Lynch, of the 231 S&P 500 SPX, +0.68% companies that reported quarterly earnings as of Feb. 3, nearly one out of four mentioned trends in the Chinese economy in their earnings calls, underscoring the degree to which some of the largest U.S. companies are affected by China’s economic health. According to FactSet data, S&P 500 companies get nearly one-third of their revenue from abroad.

Meanwhile, China accounts for a growing share of global incremental GDP growth, with a recent analysis by Oxford Economics estimating that a 2 percentage-point decline in Chinese economic growth in 2019 would cut global economic expansion by 0.5%, which would leave world growth at just 2.3% — representing the slowest pace of expansion since the financial crisis.

Slowing growth in China hasn’t yet put a serious dent in the U.S. benchmarks, with the S&P 500 rising 8.7% year-to-date, versus just a 3.3% rise over the same period last year, but it remains on investors radar.

“U.S. investors are concerned about growth in China,” said Alec Young, managing director of global markets research at FTSE Russell, in an interview. “And the economic data there haven’t gotten any better,” in recent weeks, even as investor sentiment, and the U.S. stock market have rallied, he said.

He said the fate of U.S.-China trade negotiations, and the trajectory of the Chinese economy more broadly, will be a crucial development for U.S. stocks. That is particularly the case as earnings expectations for 2019 have fallen along with fears that the U.S. may be in the late-stages of its economic expansion, making it primed to retrench.

Mislav Matejka, head of global equity strategy at JPMorgan Chase & Co., argued in a Monday research report that investors should take solace in recently announced plans by Beijing to stimulate the economy by encouraging more bank lending and by cutting corporate and personal income taxes, among many other measures.

“Global markets are stabilizing, with encouraging year-to-date performance, he wrote. “We think there is more to go,” he added pointing to the recovery of the Chinese economy, and global equity prices that began in 2016 as a template for what is about to unfold.

Then, as now, equity prices in the U.S. and abroad had fallen from their previous highs, along with commodities like oil, “but a recession didn’t materialize,” he wrote. “What stopped the rot were the Fed pausing in rate hikes, the US dollar peaking, and China stimulus coming through. The same pattern is being observed,” today, he added.

Matejka points to the announced stimulus measures as reason to believe the Chinese economy will turnaround in 2019, as they compare well, in total size, to what the Chinese implemented three years ago (see table below).

But not everyone is so sanguine about the outlook for the Chinese economy. Andrew Tilton, chief asia economist at Goldman Sachs, wrote in a recent note that monetary stimulus has “been more restrained than in past downturns given policy makers understandable desire to avoid past excesses,” that have led to a rapid increase in total indebtedness of the Chinese economy.

Brian McCarthy, a China-focused macro strategist at independent research firm Macrolens, concurs. “If you want to assess whether or not China is actually stimulating its economy, you have to look at the growth rate of total credit outstanding, that’s it,” he said. “China doesn’t have the dividing line between fiscal and monetary policy that we understand to exist in developed markets,” he added.

That means that announced tax cuts “are just fiddling around the edges” and won’t fuel additional growth unless they are financed by debt, and “we haven’t seen it yet,” he said.

And we may not see a material increase in debt, as Chinese officials have become increasingly concerned of the growing amount of total leverage swirling around China’s economy, McCarthy said. “If Chinese policy makers are tasked with keeping the economy’s debt-to-GDP ratio stable, the Chinese economy is going to go down the tube in 2019,” he said.

Snap earnings: Well, this could be a doozy of a conference call