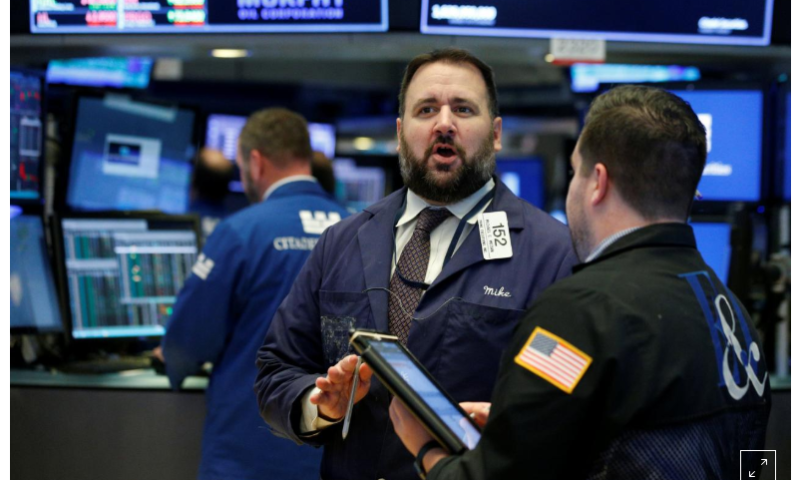 LONDON – Investors returned to equities in droves this week as they became convinced higher U.S.-China trade tariffs would cause only limited damage to the global economy, while greater risk appetite helped this year’s laggards rebound sharply.

Exchange-traded funds (ETFs) drew in more than that total, with $18.3 billion inflows while mutual funds suffered $4.5 billion outflows, indicating the resurgence in risk appetite was partly driven by retail investors.

U.S. stocks again pulled in the lion’s share of inflows with some $14.5 billion added to the region’s equity funds. This included $7.3 billion into large caps and $3.9 billion into small caps.

All the losers of 2018 so far bounced back strongly this week as the U.S. dollar weakened.

Euro zone stocks, emerging markets, banks and industrial metals all had a stellar week after being sold sharply most of the year.

The euro zone’s leading stocks index .STOXX50E was on track for its 10th straight day of gains on Friday – its longest winning streak since 1997.

But the turnaround in performance still was not enough to coax investors back into Europe, which suffered further outflows of $1.2 billion – making it 27 of the past 28 weeks the region’s equity funds lost money.

EM equities saw modest outflows of $0.7 billion, while emerging market debt, on the other hand, had its biggest inflows in eight weeks – with $0.5 billion coming into the sector.

Tech was once again the most popular sector, drawing in $1.1 billion, while investors’ growing interest in defensive positioning was clear with $0.5 billion going into healthcare stocks.

SCREWS TIGHTENING
With 40 rate rises this year, global central bank hiking is proceeding at its fastest since 2011, BAML strategists said.

Rising rates will start to turn the screws on markets as higher corporate debt levels increase defaults and credit spreads, they said.

“Corporates, not consumers or banks, will cause next recession,” BAML predicted.

Corporates are also the largest buyers of equities, they highlighted, with $4.4 trillion of U.S. stock buybacks easily surpassing the Fed’s asset purchases of $3.6 trillion since Lehman’s collapse.

The strategists also noted that U.S. banks – which typically benefit from higher rates – have recently failed to rise along with U.S. 5-year Treasury yields.

Returns will stay low and volatile, and assets with strong cash flows would outperform those with weak balance sheets, they forecast.

In one more encouraging observation, BAML noted what they called a “watershed data point” in Japanese land prices rising 0.1 percent this year – their first price increase since 1991 – and a positive for Japanese lenders.