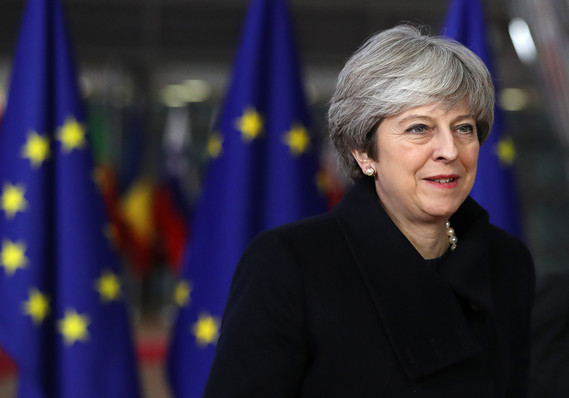 The most disorderly divorce in history?

British Prime Minister Theresa May is under increasing pressure from her own Conservative Party to move quickly on leading the country out of the European Union, according to reporting from the Sun newspaper and other media outlets.

May received a letter signed by 170 of 314 Conservative lawmakers, including 10 cabinet ministers, after her Brexit deal was voted down for the third time on Friday. The Sun quoted one minister as saying, “We want to leave the EU on April 12 or very soon afterwards.”

Friday, when May’s plan was rejected once again, marked the day Britain was originally supposed to have left the bloc. May bought more time – until April 12 – but analysts and betting markets don’t think a new plan cam be conceived and agreed to by then.

Ladbrokes, the U.K. betting shop, said the latest odds for Brexit outcomes favored a second referendum and a no-deal Brexit.

On Friday, thousands of Brexiteers rallied in London, cheered on by Nigel Farage, the former leader of the UK Independence Party.

Getting rid of debt may actually make your brain work better