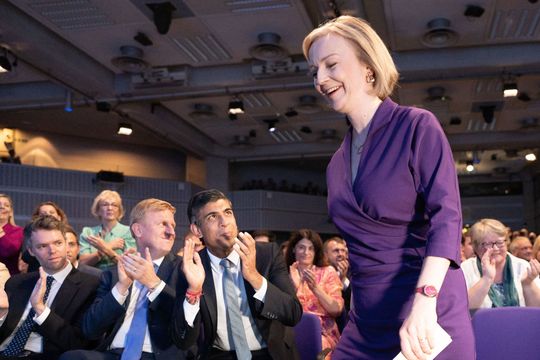 Is the U.K. on the road to an International Monetary Fund bailout?

That’s the view of Peter Chatwell, head of global macro strategies trading at Mizuho Securities, as expressed in an interview on Bloomberg Television on Monday.

Liz Truss, he says, is promising fiscal policy the government can’t afford. And he doesn’t believe the Bank of England can get inflation anywhere near its 2% mandate over the medium term.

“I’m thinking of two potential crises that this reminds me of. One is the [European Exchange Rate Mechanism], so 1992. And then I’m thinking about the possibility of an IMF bailout, like in 1976.”

If the Truss government is then replaced by a Labour-led government, Chatwell said, then those are the scenarios the markets will increasingly price in, he said.

He said the pound GBPUSD, 0.57% falling to parity against the dollar isn’t priced into options markets, and said the Bank of England may need to take interest rates to 5%

Chatwell wasn’t the only person putting the U.K. and the IMF in the same sentence on Monday.

“A balance of payments funding crisis may sound extreme, but it is not unprecedented: a combination of aggressive fiscal spending, severe energy shock, and a slide in sterling ultimately resulted in the UK having recourse to an IMF loan in the mid 1970s. Today, the UK does retain some key lines of defense against a sudden stop, but we worry that the risks are rising nevertheless,” said Shreyas Gopal, strategist at Deutsche Bank.

Gopal says the trade-weighted sterling would need to fall another 15% to bring the U.K.’s external deficit back to its ten-year average.

It should be pointed out that the U.K. is one of the largest contributors to the IMF, with the same quota level as France.

TotalEnergies SE: Disclosure of Transactions in Own Shares