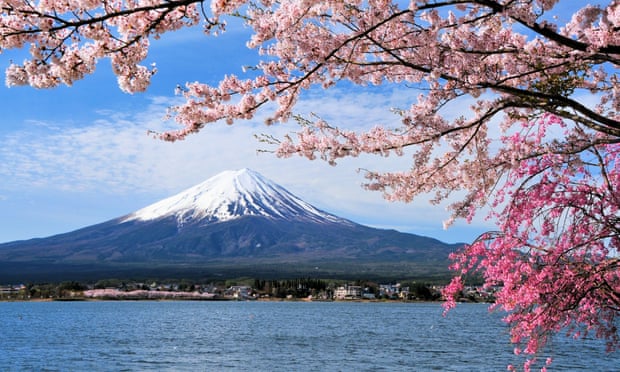 Extreme weather thought to have stripped trees of their leaves, which usually secrete hormones to prevent flowering

The arrival of Japan’s famed cherry blossoms is the cue for groups of office workers to eat and drink, cast off their inhibitions and ponder the transient nature of life against a backdrop of pale pink petals falling to the ground.

But the nationally observed rite of spring has come early, with reports from hundreds of locations that the country’s beloved sakura are blooming several months ahead of schedule.

The Weathernews website said it had received more than 350 reports of premature blossoms, starting on the south-western island of Kyushu and continuing across the archipelago as far north as Hokkaido.

Hiroyuki Wada, a tree doctor at the Flower Association of Japan, said the violent storms had stripped many trees of their leaves. One purpose of the leaves is to release hormones that prevent buds from flowering ahead of time.

Wada told the public broadcaster NHK that the unusually warm weather that followed the typhoons may have also “tricked” the buds trees into flowering.

“This has happened in the past, but I don’t remember seeing anything on this scale,” he said.

Wada reassured cherry blossom lovers that there was no reason to cancel plans for hanami picnics when the regular viewing season comes around next spring.

While the affected trees would not bloom a second time, the vast majority of Japan’s blossoms would flower as usual next March and April.

“The buds that opened now won’t blossom in the coming spring,” he said. “But only a small number of them are being observed. I don’t think it will affect cherry blossom viewing next year.”

A new leaf: the hardy trees reforesting the Amazon