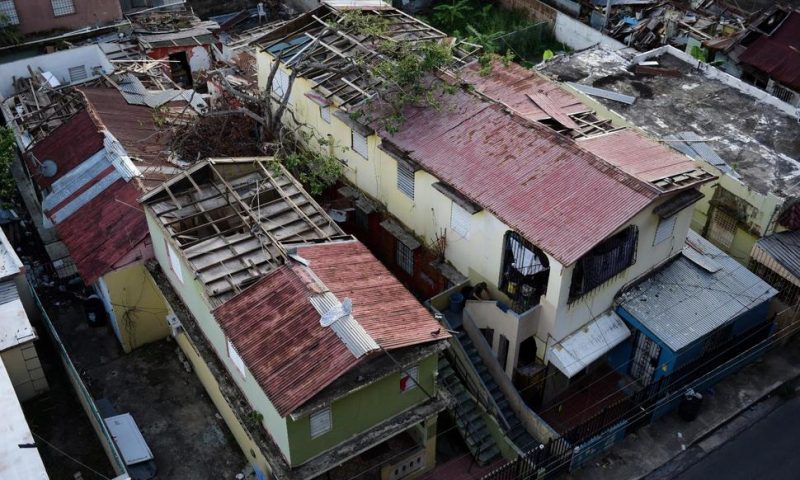 A new Senate GOP offer is aimed at breaking the logjam in delivering already-appropriated funding to Puerto Rico. Trump has feuded with Democratic officials on the U.S. territory and has sharply criticized Puerto Rico’s handling of the disaster.

But the latest offer, relayed Monday in a meeting of the chairman and top Democrat of the Senate Appropriations Committee, hasn’t won over Democrats, according to party aides. They are reviewing the latest plan but are looking for changes to make sure the money for Puerto Rico doesn’t get hung up by bureaucratic snags. The administration has been slow to dispense money that’s been already approved.

“We think it could be more palatable to them … to the Democrats,” Senate Appropriations Committee Chairman Richard Shelby, R-Ala., told reporters after a Wednesday meeting with GOP senators from Georgia and Florida. “We thought we made a pretty good offer and the vibes maybe are better than they were. Nothing’s crystalized.”

Senate Republicans are optimistic that Trump would sign the latest offer and it appears as though he’s ready to move on from the Puerto Rico spat. He also has a rally in Panama City Beach in the heart of the hurricane-slammed Florida panhandle next Wednesday, and there’s considerable pressure to have a breakthrough by then.

A summary of the offer relayed by a GOP aide says Puerto Rico would stand to gain an additional $304 million from a new pot of $431 million for 2017 storms, but Republicans rejected a Democratic demand for Environmental Protection Agency water and wastewater projects.

Patience is running out among a group of Senate Republicans from states hit hard by hurricanes last fall, including Trump allies like David Perdue of Georgia and Rick Scott of Florida, because the legislation includes aid to the mainland U.S. as well. A meeting with Trump almost three weeks ago was supposed to jump-start negotiations, but no progress was made during a two-week recess, top aides said.

“We’re talking about a disastrous failure of the government of the United States of America to respond to the needs of the people,” said Sen. Johnny Isakson, R-Ga. “I don’t want to leave this Friday without us having done something.”

Trump himself raised the issue in a meeting with Democrats on Monday. “He did express a concern that that needed to be passed,” said House Majority Leader Steny Hoyer, D-Md., though the conversation was brief and didn’t touch on Puerto Rico. An aide to another lawmaker present said Trump told the group, “I’ll stay out of it, just get it done.” The aide spoke on condition of anonymity to discuss a private meeting.

At issue is a $14 billion — and growing — disaster aid measure that was blocked by Senate Democrats earlier this month in the standoff over Puerto Rico. Democrats are demanding additional funding to help repair Puerto Rico’s water systems and to give the cash-poor island disaster aid on more generous terms. Trump has already agreed to $600 million in food aid to restore cuts to the island’s food stamp benefits.

Democrats are also upset that the Department of Housing and Urban Development, which dispenses block grants for rebuilding projects, has been slow to award the funding that lawmakers have already approved.

“Congress appropriated $19.9 billion in Community Development Block Grant funding over a year ago for the victims of two devastating hurricanes that struck the American citizens of Puerto Rico,” said Jay Tilton, a spokesman for ranking Appropriations Democrat Patrick Leahy of Vermont. “In that time, HUD has denied the island access to all but 7 percent of that funding. If the Republican proposal provides new funding to Puerto Rico, we need to make sure the island will actually receive it.”

The House passed the measure in January and has scheduled a vote next week on an expanded bill with $3 billion for Midwestern states such as Iowa and Nebraska that were recently hit by spring flooding. Senate Republicans, however, want to move more quickly and pass the bill through their chamber that the Democratic-controlled House would simply OK and send straight to Trump.

Survey: US Businesses Are Hiring; 275K Jobs in April