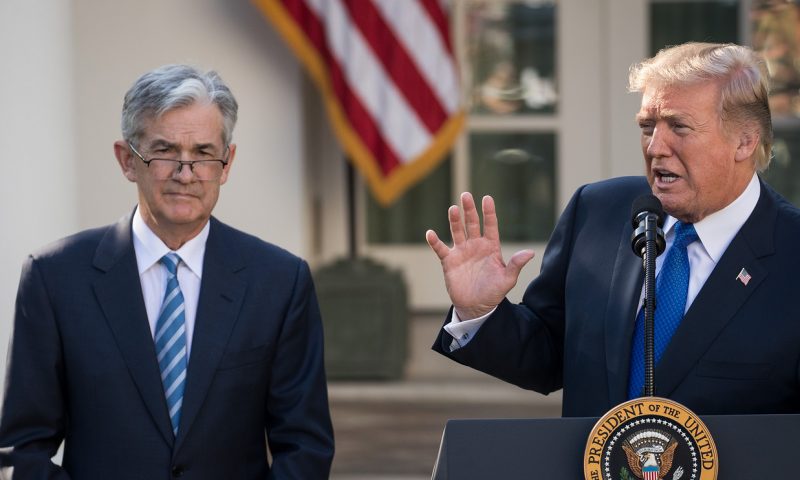 President Donald Trump criticized the Federal Reserve over Twitter on Thursday, one day after Fed Chairman Jerome Powell offered a grim outlook on the economy, saying there was a “long road” ahead.

“I see the numbers also, and do MUCH better than they do,” Trump said of the Fed, without mentioning Powell by name. “We will have a very good Third Quarter, a great Fourth Quarter, and one of our best ever years in 2021,” the president said.

Trump’s tweet came as the Dow Jones Industrial Average DJIA, -6.89% fell more than 1,800 points after Wednesday’s Fed statement and as cases of COVID-19 were resurging in some 20 states in the U.S.

On Wednesday, the Fed signaled it won’t raise near-zero interest rates at least through 2022, slashed its estimate for U.S. gross domestic product this year to -6.5% and raised its median forecast for 2020 unemployment to 9.3%.

“We will also soon have a Vaccine & Therapeutics/Cure. That’s my opinion. WATCH!” said Trump.

Government officials and some pharmaceutical executives have said there will be a vaccine by the end of the year; however, the traditional timeline to develop a vaccine is significantly longer than 12 to 18 months and not all vaccines are successful in clinical trials.

Novo Nordisk bets $725M on heart-focused Corvidia—with the promise of $1.4B more