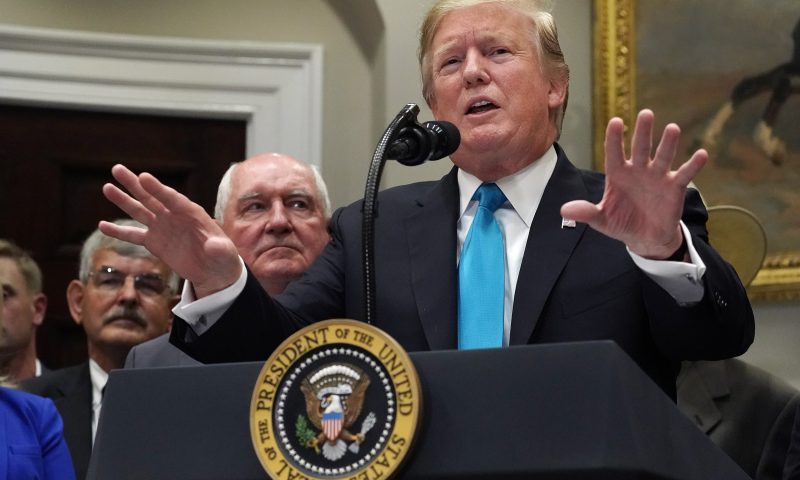 “An agreement has been reached with the House regarding a stay of the subpoenas pending appeal,” the president’s outside attorney said.

Trump records from Deutsche Bank and Capital One are being sought by the House Intelligence and Financial Services committees amid probes of alleged foreign influence on U.S. elections.

The agreement was first reported by CNN; it was subsequently confirmed by NBC News.

On Wednesday a federal judge ruled that the banks could hand over the documents sought under congressional subpoenas. But leaders of those committees made a deal with Trump’s team to halt the court-approved handover while the case is appealed by the president’s lawyers.

In exchange for hitting the pause button, committee leaders secured a commitment from the lawyers to stick to a fast-tracked appeals process.

“I can confirm that an agreement has been reached with the House regarding a stay of the subpoenas pending appeal,” the president’s outside attorney, Jay Sekulow, said in a statement.

The president’s lawyers “have agreed to an expedited appeal,” he said. “However the court will set the final schedule.”

Following Wednesday’s ruling, Deutsche Bank said it would hand over the requested records. Capital One did not immediately comment.

Deutsche Bank lent Trump’s real estate company millions of dollars before he became president. Trump does some of his personal banking with Capitol One.

Can Sir Philip Green save his retail empire?

Teva Settles With Oklahoma for $85 Million in Opioid Case