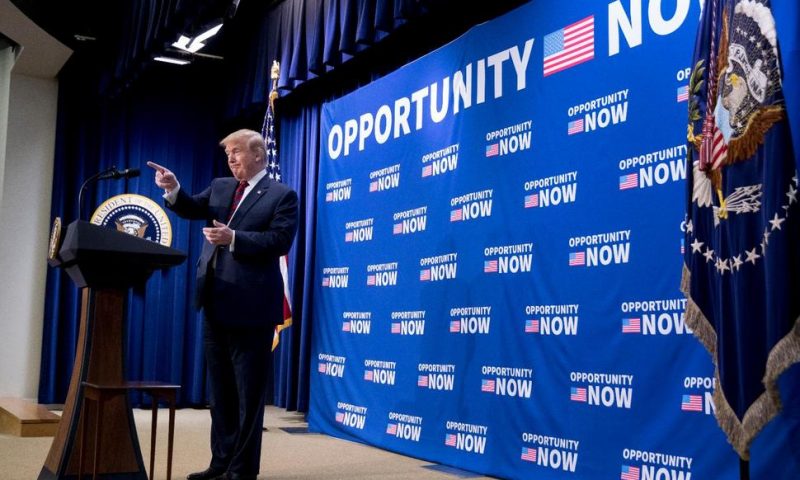 WASHINGTON — The Trump administration on Wednesday proposed new regulations aimed at making it easier for investors to take advantage of tax breaks for investing in “Opportunity Zones” in low-income areas.

The proposed regulations issued by the Treasury Department seek to clear up questions that were keeping some investors from using the tax incentives.

President Donald Trump, speaking at a White House conference to promote the program, said governors in all 50 states and U.S. territories had designated 8,700 neighborhoods as Opportunity Zones, making these economically depressed areas eligible to be used for the federal tax incentives.

The program was included in the $1.5 trillion tax cut legislation that Trump pushed through Congress in 2017.

However, the government found that use of these benefits was being limited because of concerns over how the tax rules would be interpreted. The proposed regulations unveiled Wednesday are designed to clear up the confusion.

Trump said the tax had been lowered “all the way down to a very big, fat, beautiful number of zero.”

Governors were allowed to choose up to a quarter of their states’ low-income census tracts as Opportunity Zones.

Some of Samsung’s New Folding Phones Are Already Breaking