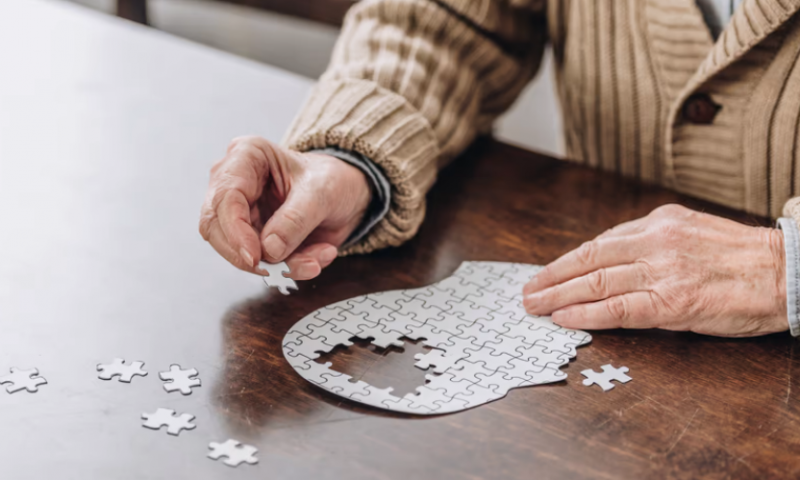 Anytime an Alzheimer’s disease treatment generates data suggesting it can improve cognitive function, a murmur goes through the patient and caregiver community. Could this be the one?

Sage Therapeutics is presenting a study just like that this week at the American Academy of Neurology’s annual meeting, but the company’s chief development officer, Jim Doherty, Ph.D., admits there’s still a lot to learn.

Early data from a phase 2 trial called LUMINARY in patients with mild cognitive impairment and mild dementia caused by Alzheimer’s showed SAGE-718 may improve executive performance, learning and memory. But the study had a big catch—and Sage is well aware. The trial was unblinded, meaning patients knew they were getting the drug.

But that’s all part of Sage’s early strategy as it advances SAGE-718 in Alzheimer’s along with several other challenging neurodegenerative diseases. Through the biotech’s CogNEXT program, SAGE-718 is going up against Huntington’s and Parkinson’s diseases.

“If you try to answer every question in any single study, you end up not running a great study because you can’t cover absolutely everything,” Doherty said in an interview with Fierce Biotech. “We call it serial de-risking. We learn a certain amount, and if what we see justifies the next investment, then we move to the next study and the next study.”

He agrees that the goal in clinical development is to run a larger, placebo-controlled and randomized trial—and Sage will get there one day soon. But for now, the company is learning a lot from small, focused open-label trials, he said.

Sometimes that signal is there, and sometimes it isn’t. During one of the Huntington’s trials, Sage saw improvements in executive functioning but none on other measures.

“We don’t take it as the end of the journey by any stretch. It’s just the beginning of the journey, but it’s an efficient way of getting to clinical findings in a fairly rapid way,” Doherty said.

What has emerged across the CogNEXT program is that SAGE-718 appears to have an impact on cognitive performance. Sage is now moving forward with placebo-controlled trials, including the DIMENSION study in Huntington’s. A Parkinson’s trial will get underway in mid-2022, and Alzheimer’s should follow by the end of the year.

SAGE-718 differs from many of the Alzheimer’s treatments that have been making headlines over the past year. The therapy is not going after beta-amyloid, for starters, and it’s not addressing the underlying cause of disease—a buzzy phrase that has dominated the conversation around the devastating disorder. Doherty himself has worked on disease-modifying treatments at other companies.

“It has never been the case that that’s the only approach in Alzheimer’s disease. There are other, often called symptomatic approaches, where it’s not necessarily countering the underlying disease biology, but you’re improving brain function in other ways,” he said.

We call it serial de-risking. We learn a certain amount, and if what we see justifies the next investment, then we move to the next study and the next study.” —Jim Doherty, Ph.D.

Sage’s treatment is aimed at modulating NMDA receptors in the brain that are directly involved in improving performance and cognition. This would not target amyloid or tau proteins, which are believed to build up in the brain and cause Alzheimer’s, at least under the leading theory.

“Personally, I don’t think it’s a really helpful distinction to think in terms of just disease-modifying or symptomatic,” Doherty said. “Honestly, given the age of onset for when symptoms typically happen in Alzheimer’s disease, if you can give someone five years, 10 years, 15 years of improved cognitive performance, I think most people would be very happy with that.”

Either way, any company involved in developing drugs for Alzheimer’s is well aware of the previous failures and the lessons to be learned. That’s why Sage thinks the short-duration studies are key. Many of the candidates fielded by the biotech’s peers are in large, costly and time-consuming trials that aim to show a slowing of cognitive decline. The LUMINARY study looked at cognitive performance at just Day 14, with measures every single day leading up to the cutoff.

No matter what, though, drug development is a slow process. Doherty knows the Alzheimer’s, Parkinson’s and Huntington’s communities would prefer if the process moved faster. Alzheimer’s has certainly seen a major leap forward with the approval—and subsequent debate—around Aduhelm, but Doherty said there’s still a long way to go.

“I know it’s frustrating for a lot of patients, a lot of families, that we’re not making more rapid progress, but I do think that the field is learning a tremendous amount,” Doherty said. “One of the things that we’re likely to see moving forward is a re-diversification of approaches.”

Companies will continue to look at amyloid and tau, of course. But Doherty wants to see more options.

“I think that’s only beneficial for patients,” he said.

String of NIH departures continues as Ned Sharpless, head of the National Cancer Institute, steps down