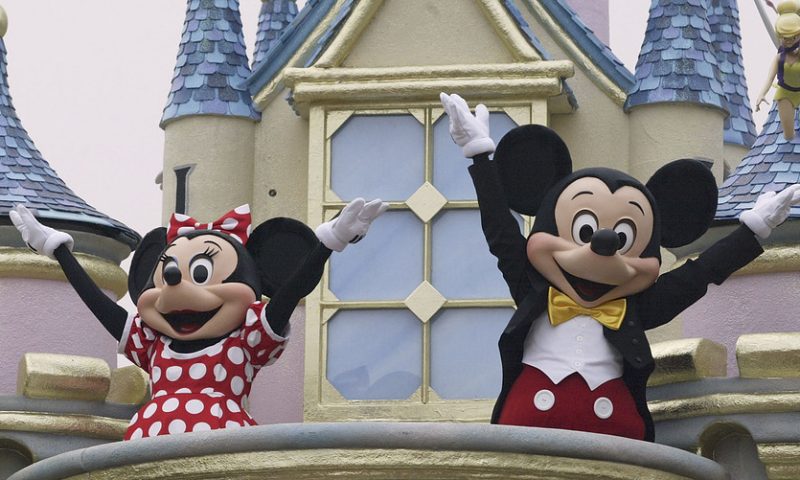 Some investors are getting cold feet as stocks’ price-to-earnings valuations have risen to historically high levels.

But with unprecedented support from the Federal Reserve, moves to value stocks from growth stocks have fizzled quickly, and it may happen again this year.

Tom Plumb, CEO of Wisconsin Capital Management and manager of the Plumb Balanced Fund PLBBX, +0.03%, isn’t buying the pro-value arguments. The fund, which is rated five stars (the highest) by Morningstar, typically has 25% invested in bonds or other fixed-income securities, with the rest in stocks.

Unlike many balanced funds, the equity portion isn’t focused on low-volatility stocks, dividend stocks or other value-oriented selections. It is aggressively invested in large-cap growth stocks, as is the three-star Plumb Equity Fund PLBEX, +0.10%, which has doubled over the past five years, beating the 78% return of the S&P 500 Index SPX, +0.11%.

The bond component of the Plumb Balanced Fund is meant to reduce the portfolio’s volatility. Plumb recommends investors who can tolerate higher levels of volatility go with the Plumb Equity Fund.

“I know everyone is concerned about P/E ratios,” Plumb said in an interview Jan. 21. If the Federal Reserve continues its “moderate” interest-rate policy and stimulative actions, “high P/E growth stocks, that can be justified by their growth, will continue to be leaders of the market.”

In February 2019, Plumb spoke about a market of “haves and have-nots,” with the favored category of companies generating tremendous cash flow on recurring revenue streams. He pointed to software-as-a-service, through which Microsoft MSFT, +0.62%, Adobe ADBE, +0.49% and other tech giants have smoothed out their sales and greatly improved earnings and cash flow.

Almost a year later now, Plumb says “the dichotomy is getting wider and wider.”

“The companies taking in a lot of cash because of their disruptive business models and technologies and their focus on how money is spent and where it is spent, are showing no signs of abating,” he said.

Plumb said eventually the current trend will reverse, “likely through some political action, or something by the Federal Reserve.”

The S&P 500’s forward price-to-earnings ratio (based on consensus earnings-per-share estimates among analysts polled by FactSet for a rolling 12 months) is 18.6, its highest level since June 2002, aside from a short period in early 2018:

Plumb emphasized the importance of analyzing stock valuations “in terms of what your alternatives are.”

Two out of three

Plumb compared stock selection to running a bond portfolio. If you are convinced that interest rates are headed lower or are going to remain stable, you might as well hold longer-duration bonds to receive more interest. The same can be said of growth stocks over value stocks.

“For two out of three, you want the longer-duration and long-tail investments. That, to me, means growth rather than value,” he said.

In February 2019, Plumb discussed four individual companies. On Jan. 21, 2020, he shared his updated thoughts about those and comments about two more. All are held by the Plumb Balanced Fund and the Plumb Equity Fund, except for Boeing BA, +2.84% :

Plumb said Walt Disney DIS, -1.26% has addressed concerns about “unbundling,” or cord-cutting by cable- and satellite-TV subscribers, which reduces revenue for ESPN and other Disney content channels. By pricing its new streaming services very low, “they are sacrificing short-term growth to build a long-term revenue stream.” With so much library content, continuing success with new movies and other content and ESPN, Plumb believes Disney will be very competitive “with different streaming packages segmented to different market universes.”

PayPal PYPL, +2.07% ended 2019 with a total return of 29%. However, the stock was down 12% from its late-July high. “They have been making a lot of strategic investments around the world,” heading into the end of PayPal’s five-year separation agreement with eBbay EBAY, -0.78% in July. PayPal expects revenue from eBay customers to extend a decline.

Plumb said he expects PayPal “to continue to stay relevant” by developing Venmo and other cash-transfer services. He cited “strategic investments,” including one in MercadoLibre MELI, +0.03%, the ecommerce company based in Argentina.

Adobe ADBE, +0.49% is transitioning to software-as-a-service, and Plumb calls the company “one of the main beneficiaries of the dynamics of the digital transition and disruption going on in corporate America.” He said the company’s document cloud business had doubled in three years and cited a statistic that’s precisely what he is willing to pay a high P/E for: “Cash flow from operations is over 30% of revenues.”

Plumb said he sold the two funds’ shares of Boeing BA, +2.84% in March. He is confident the company will put the problems with the 737 Max behind it, but sees “no reason to hold it” at this time.

After Boeing’s management indicated it would take until mid-2020 for the 737 Max to be approved to fly again, the shares fell as much as 6% on Jan. 21, with trading temporarily halted.

“They run the risk of annoying the regulators by anticipating when they will be approved. They will not be able to play by the old rules,” Plumb said.

Long term, “they do have this oligopoly position and an incredible barrier to entry because of how capital-intensive the business is,” Plumb said, adding: “If we talk five years from now, we will say at some point we should have bought Boeing.“

“The evolution of Microsoft MSFT, +0.62% is nothing short of remarkable,” Plumb said, focusing on the evolving software-as-a-service business model.

“And now they substitute company investment in computer centers by moving our systems to the cloud,” he said. So he expects a long runway for rapid sales growth. “The September 2019 first [fiscal] quarter earnings report indicates that their equivalent to backlog was $89 billion, up 25% from September 2018.”

Tyler Technologies TYL, +0.09% automates operations systems for public-sector customers. “The public sector is one of the largest and most decentralized information-technology markets in the United States,” Plumb said, “with an estimated $18 billion a year in spending.”

Tyler is the largest player in the space, he said, with annualized sales growth of 16%, earnings growth of 23% and free-cash-flow growth of 27% over the past eight years. “And as they move to cloud and subscription services, 65% of their revenues are recurring,” Plumb said, while adding that “their gross margin has advanced 50% over the last 17 years as this model has evolved.”