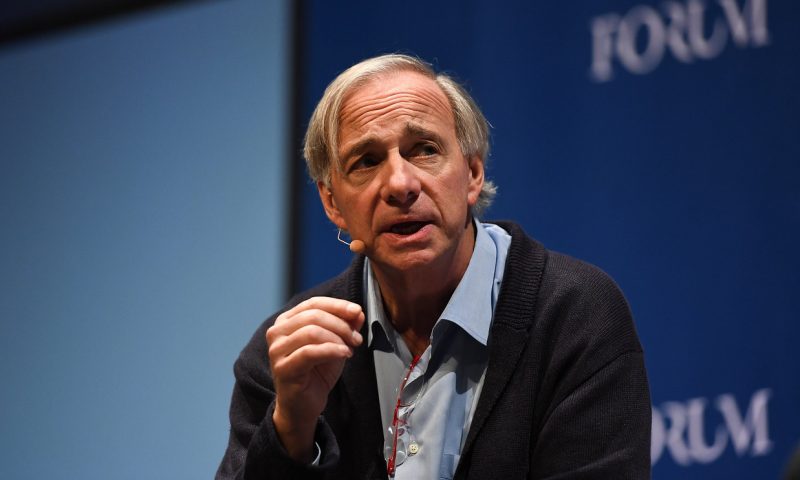 China and U.S. tensions are rising but will it lead to a hegemonic shift? Yes, says Bridgewater’s Ray Dalio

The days of U.S. hegemony are numbered and China is waiting in the wings, argues Ray Dalio, in his most recent missive on LinkedIn.

‘As you can see the United States is now the most powerful empire by not much, it is in relative decline, Chinese power is rapidly rising, and no other powers come close.’

The co-chief investment officer and co-chairman of Bridgewater Associates, outlined his case for why the world’s largest economy would be overtaken by China soon, presently the second-largest economy on the planet, with aspirations for much more.

Dalio’s comments are part of his series of articles published on LinkedIn.

Dalio’s remarks published on Thursday come as Sino-American tensions are ratcheting higher and creating some friction for the stock market, with the Dow Jones Industrial Average DJIA, -0.41%, the S&P 500 SPX, -0.77% and the Nasdaq Composite Index COMP, -0.96% rattled by renewed testiness between the global superpowers.

Indeed, the Wall Street Journal reported on Thursday that U.S. senators are introducing a bipartisan bill that would sanction Chinese party officials and entities who enforce the new national-security laws in Hong Kong.

That proposal comes as President Donald Trump claimed China’s “disinformation and propaganda attack on the United States and Europe is a disgrace,” in a late-Wednesday missive on Twitter.

The U.S. has blamed China for mishandling the COVID-19 pandemic, which was first identified in Wuhan in December and has since infected more than 5 million people and claimed nearly 330,000 lives globally, according to data aggregated by Johns Hopkins University as of Thursday afternoon.

China has defended its response, with Cui Tiankai, China’s ambassador to the U.S., in an op-ed in the Washington Post earlier this month, saying that blaming Beijing ‘won’t end the pandemic.’

On Wednesday, the Senate passed a bill that could force Chinese companies to give up their listings on American stock exchanges under legislation approved by the Senate on Wednesday, further elevating the animus between the No. 1 and 2 economies.

Dalio thinks that China is on a better footing and may soon surpass the U.S. The wealthy investor whose net worth is estimated to be $18 billion, according to Forbes data, isn’t the first to make such a prediction and he isn’t even the most audacious one to so.

There has been a sweeping assumption that China will eventually eclipse the U.S.’s economic dominance in real terms. Standard Chartered Bank, for example, had forecast that China will likely become the world’s biggest economy at some point this year.

At last check, U.S. gross domestic product, or GDP, was at $21.44 trillion on a nominal basis, while China’s GDP was around of $14 trillion. By another measure, known as purchasing power parity, which weighs a country’s respective purchasing power, China’s GDP would be $27.31 trillion, based on data from International Monetary Fund.

However, in January, researchers at Capital Economics made the case that China wouldn’t likely grab the crown as the world’s largest economy in real terms because the country faces structural problems.

To be sure, it is hard to envision what the future will look like in a post-pandemic environment.

Gold posts first loss in 3 sessions, logs lowest finish in over a week