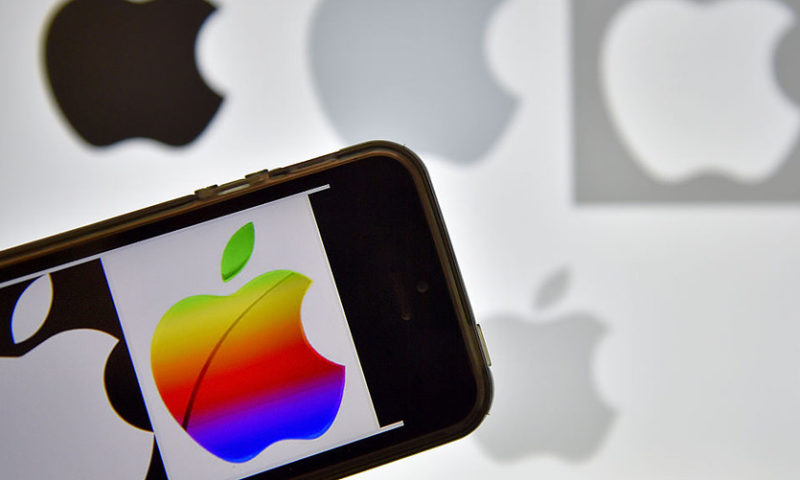 Momentum money flows are negative, but the smart money is shrugging off Apple’s decision to no longer disclose iPhone unit sales

For years, on the evening Apple reports earnings, my routine has been to carefully analyze the earnings report, listen to the conference call and ask for the data to be entered into our algorithms. The purpose always is the same — to come up with a new buy zone, a “buy now” rating and other signals that are appropriate especially for a trade-around position.

The most important metric I look at is the unit sales of iPhones, given that the iPhone contributes the vast majority of Apple’s AAPL, -6.63% profits. For practical stock analysis purposes, Apple is an iPhone company. Yes, I know it has other products. In the conference call, Apple shocked by saying that it will no longer release unit sales. What does this mean? Let’s explore with the help of a chart.

Please click here for the chart of money flows in 11 popular tech stocks based on my proprietary algorithms. Please note the following:

• As the chart shows, “smart money” flows in Apple have remained neutral even after Apple’s shocking announcement. Isn’t the smart money concerned about Apple hiding its unit sales numbers? I will explore this later in this column. The smart money represents sophisticated investors who act based on deep analysis and better information.

• As the chart shows, momo money flows among semiconductor stocks are extremely positive in AMD AMD, +0.05% have turned positive in NVIDIA NVDA, -1.46% and remain negative in Intel INTC, -2.30%

• In contrast to momo crowd, smart-money flows are mild positive in Facebook and Alibaba.

Why is Apple hiding?

Before sending me hate mail and accusing me of trying to drive Apple price lower, please be aware that The Arora Report has a long position in Apple from $18.73. At that time, I talked about a scenario of a $143 target ($1,000 pre-split of 7:1), and everybody complained that my analysis was flawed. Along the way, we have made money on a number of trade-around positions in Apple. We aren’t selling our long-term Apple position at this time.

I was the first years ago to predict that ultimately Apple will become focused on its service business and as a result get a higher price-earnings ratio. Apple stock’s next milestone is $250, as I wrote in August. Apple’s earnings report shows that it is making great progress in services.

6 reasons for a rally

At the very bottom of the correction, before the start of the rally, I gave six reasons for the rally to start. I also stated that tech stocks were likely to be the big beneficiaries of a market rally. I also warned that the rally would be suspect because weak hands weren’t washed out during the correction. Entering into this seasonally strong period, I would have been more confident of the rally’s sustainability had that happened.

The market ran up on a Trump tweet about a conversation with China’s president about trade. China is not likely to have an incentive to enter a trade deal before Tuesday’s midterm election. Once investors realize this, their enthusiasm to buy stocks may dampen in the very short term, causing more volatility.

The chart also shows relative ranks of the 11 popular tech stocks. These ranks are based on the six screens of the ZYX Change Method. Please click here to learn about the six screens.

What to do now

The Arora Report provides its subscribers the precise level of hedges and cash to hold. At this time, it is important to hold a fair amount of cash. Our plan is to selectively buy stocks, especially special situations. You won’t be able to take advantage of the new buying opportunities if you are not holding enough cash. Positive seasonal factors are ahead, and many investors are expecting a year-end rally. Please see “How one investor sidestepped this week’s stock-market decline.”

In due course, we will issue a new buy zone on Apple and deploy a trade-around position. In this strategy, a shorter-term position is bought to surround a long-term core position. This approach can often double the returns.