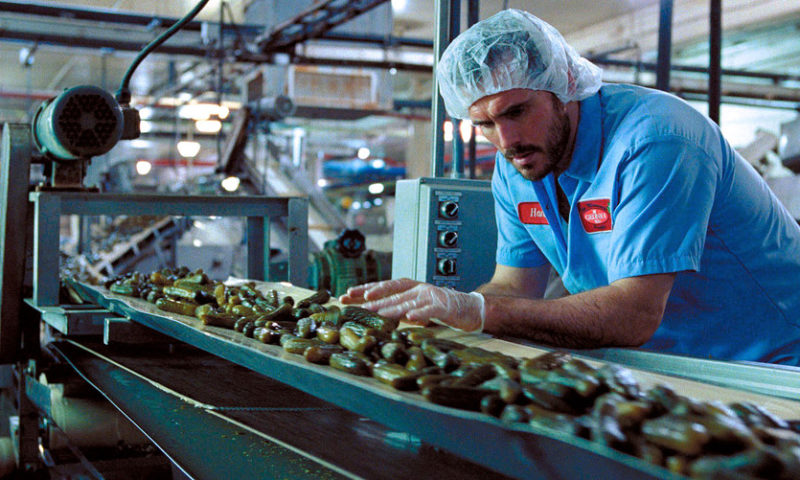 Even if the economy is on a roll, many Americans aren’t feeling the benefit.

Real wages effectively declined in 2018, according to figures from the PayScale Index, a formula from the Seattle-based salary comparison site. PayScale said the median wage increases, when adjusted for inflation, were only 1.1% since last year and 1% over the past year. “However, the modest uptick in nominal wages failed to bring real wages out of the red for the year,” it said.

In fact, when adjusted for cost of living increases, real wages actually declined 1.3% since the end of 2017, PayScale found.

That runs counter to the latest Bureau of Labor Statistics data, which showed an annual increase of 3.2% in average hourly earnings in December, but that’s before accounting for inflation. The PayScale data also stand in contrast to otherwise encouraging news about the labor market. The U.S. unemployment rate remained near a 49-year low of 3.9% in December.

When adjusted for the cost of living increases and measures included in CPI, real wages actually declined 1.3% since the end of 2017, PayScale found.

PayScale looks at median, not average wages, “so outlier growth doesn’t bias the results,” though it does not dispute the results of the Bureau of Labor Statistics. “A decline in real wages means the average person can purchase even less today than they could last year when wages are measured against inflation,” said Katie Bardaro, chief economist at PayScale.

The largest annual wage losses occurred in transportation and manufacturing, which fell 3.9% and 2.4% since the end of 2017, respectively, the latest report said. The technology sector exceeded the growth of other industries with wages up 2.7% over the past year, it added.

Wage growth was higher in some areas than others, the PayScale Index showed. San Francisco again experienced the largest increase in wages with a 4.9% increase since last year and wages grew 3.3% in San Jose and 3.0% in San Diego. As of Jan. 1, some 5.3 million hourly workers in the U.S. received raises as a result of minimum wage increase ballot measures passed in Missouri, Arkansas, California, Massachusetts, Arizona, Colorado, Washington, and Maine

More than 60% of Americans said they did not get a pay raise in the last year, separate recent data from personal-finance site Bankrate found.

However, more than 60% of Americans said they did not get a pay raise in the last year, a December survey from personal-finance site Bankrate found, despite other data that’s shown modest wage growth over the past year, helped by a shrinking pool of labor, more competition among companies to hire workers and retiring baby boomers.

“There is no question this is a turbulent period for the U.S. economy which means uncertain wage growth across many jobs and industries as well as a continual decline in real wages for most workers,” Bardaro added. The increase in the cost of living over the past 12 months slowed to 2.2% in November from 2.5% the month before, according to the government data released on Dec. 12. The U.S. Federal Reserve sees inflation stabilizing at 2% in 2019.

The relationship between inflation and wages is complicated

Inflation, which the government tracks with the Consumer Price Index, refers to the price increases for a basket of products and services — including food, gas, energy, utilities, clothes, automobiles, plus transportation and medical services — and is a widely regarded economic indicator, influencing people’s confidence in the economy and their willingness to spend.

Approximately 25% of the items in the Personal Consumption Expenditures Price Index — another key index of inflation — are excluded from the CPI basket, according to the Federal Reserve Bank of St. Louis. Only “out of pocket” expenses are included in the CPI. Items that are excluded from the CPI include free checking, employer-funded medical care and medical services paid through Medicare and Medicaid.

CPI is also an index of inflation for urban dwellers. It excludes spending by “rural dwellers,” those in farm households, people in the U.S. armed forces, and those in institutions, such as prisons and mental hospitals. The CPI has two requirements: More than one-half of the household’s income must come from clerical or wage occupations, and at least one of the household’s earners must have been employed for at least 37 weeks during the previous 12 months.

When the Fed increases interest rates, here may be less demand for workers and materials that are necessary for production, so wages may also weaken.

When the Fed increases interest rates, there may be a weaker demand for goods and services as borrowing money to pay for those goods becomes more expensive. There may be less demand for workers and materials that are necessary for production, so wages may also weaken. And while the Fed may have a response to inflation, the Fed’s actions can also influence expectations and, therefore, directly influence inflation.

There are other issues at play when it comes to the connection between inflation and wages, too. Many other components of the economy have major effects on people’s purchasing power, but they aren’t easily captured in official inflation data, said Mark Hamrick, senior economic analyst at Bankrate.com. That includes the high costs of college and university attendance and even certain health-care and housing costs.

Average monthly rents have risen 28% over the last 10 years, according to a November 2018 report from real-estate website RentCafe and data-analytics firm Yardi Matrix. (At the same time, the average size of a newly-built rental apartment has shrunk by 52 square feet, or 5%, to 941 square feet.) Health-care costs have also soared: Employer-sponsored insurance premiums increased from an average of $6,000 in 1999 to more than $18,000 in 2016, according to an October 2018 report by the Economic Policy Institute, a progressive Washington-based economic think tank.

‘Inflation broadly can be viewed as low, but outsized impacts from education and health care expenses can be quite damaging.’—Mark Hamrick, senior economic analyst at Bankrate.com

“Inflation broadly can be viewed as low, but outsized impacts from education and health care expenses can be quite damaging,” Hamrick said. Track your expenses on a budgeting app like Mint and PocketGuard, experts say. Indeed, monitoring your own spending behavior can probably reveal more than inflation numbers do because every household spends differently.

Executive pay is an entirely different story to the average worker

As millions of Americans struggle to make ends meet, compensation for executives has surged. Pay ratios of Fortune 500 company CEOs to their employees range from 2 to 1 to nearly 5,000 to 1, according to a 2018 report by the staff of Keith Ellison when he was the Democratic congressman for Minnesota; Ellison is now the Attorney General-elect of Minnesota. The average CEO/worker ratio is 339 to 1, that report added.

Median-salaried employees in all but six companies would need to work for 45 years to earn what their CEO makes in one year.

U.S. publicly-listed companies have begun releasing how much their CEOs make compared to the rest of their staff as required under a 2015 rule in the Dodd-Frank Wall Street Reform and Consumer Protection Act of 2010. At 188 of the 225 companies analyzed by the researchers a single CEO’s pay could be used to pay more than 100 workers. Median-salaried employees in all but six companies would need to work for 45 years to earn what their CEO makes in one year.

Income inequality has soared in the U.S. over the last five decades, despite increases in worker productivity, the report said. “Incomes for most Americans have been stagnant for four decades,” the researchers wrote. “Instead, this increase in income inequality was almost entirely driven by soaring compensation levels for the top 1% of income earners.”

The average wage for the top 1% of income earners are closer to $719,000 per year, exceeding their peak of $716,000 per year just before the Great Recession, according to a report released last month by the Economic Policy Institute, a progressive, nonprofit think tank, citing data from the Social Security Administration. To put that in context, the median household income in the U.S. hovers at $63,554 per year, according to the latest data released by Sentier Research.

As the PayScale data suggests, the gap between the rich and everyone else continues to grow, compounding a polarized political climate, experts say.

As congressman, Ellison requested that his staff examine the ratios of the first 225 Fortune 500 companies to publicly disclose their CEO pay. These companies collectively employ more than 14 million workers and generated at least $6.3 trillion in revenue.

As the latest data by PayScale suggests, the gap between the rich and everyone else continues to grow, compounding an already polarized political climate, Hamrick said. “This has produced many of the political, economic and societal strains that we see playing out on a nearly daily basis,” he added. “This is the impact of a widening chasm among classes which are able to enjoy luxury experiences and those who are struggling just to get by, or aren’t getting by.”