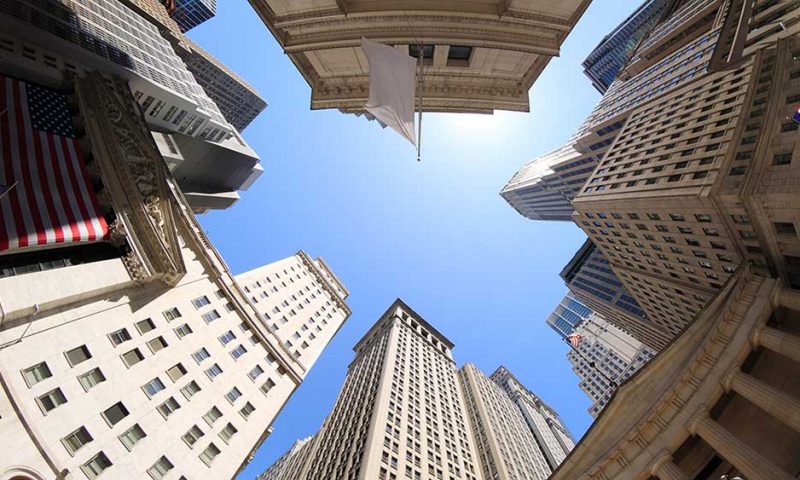 Who’s next to join this prestigious club? Analysts are betting on Amazon.com (AMZN). The titan of the consumer discretionary sector is already valued at $924.5 billion. That’s based on the company’s closing price of 1,864.72 a share.

And analysts think the company’s shares will hit 2,177.96 a share in 12 months, says S&P Global Market Intelligence. If Amazon hits that target the company would be worth $1.1 trillion. Amazon would be the fourth S&P 500 stock to be worth $1 trillion, after Google parent Alphabet did it last week.

To be fair, analysts have been calling for Amazon to hit $1 trillion before. And Amazon’s market value got close to $1 trillion on July 16, 2019 when it hit $995 billion. But instead, the shares have faltered.

Shares of Amazon are up just 10.1% over the past year. That gain pales next to the other megacaps. Apple, Microsoft and Alphabet are up 105%, 58% and 35% over the past 12 months, respectively.

But does the trillion-dollar designation matter anyway?

Stocks’ market values offer more than just bragging rights. Market value is the most common measure used to determine the weight of individual stocks in index mutual funds and ETFs.

Market values, for instance, determine how much the SPDR S&P 500 ETF Trust (SPY) holds in Microsoft vs. Amazon. The market value of stocks also determines how much many index funds are weighted toward specific sectors.

For instance, largely due to its large market value members, the information technology sector holds a 23.8% weighting in SPY stock. That’s more than any other of the 11 S&P 500 sectors. Amazon’s consumer discretionary sector only accounts for 9.7% of the SPDR S&P 500 ETF Trust. That’s fourth behind tech, health care and financials.

The Big Four Pull Way Ahead

Microsoft, Apple, Alphabet and Amazon are so far ahead — no one else is even close to a trillion.

Social media darling Facebook (FB) is held out as a contender, but $1 trillion is miles away. The communications services company is worth just $633 billion. And that’s after jumping 50% the past 12 months to 222.14.

Analysts think Facebook stock will trade for 240.77 a share in 12 months. If accurate, that’s 8% upside for the stock. But even if analysts are right, that would lift Facebook’s market value to just $686 billion.

And financial Berkshire Hathaway (BRKA) and tech Visa (V) are even further behind with current market values of $562.5 billion and $441.1 billion, respectively.

The question is whether or not Amazon can regain its mojo enough to hit $1 trillion.

Analysts are optimistic about Amazon. The company’s revenue is seen hitting $279.2 billion in 2019. If correct, that would be 20% top-line growth.

Additionally, Amazon reported adjusted earnings of $4.23 per share in the third quarter, missing expectations of $4.62. That was down 26% from the year-ago period, its first quarterly decline in nine quarters, as Amazon invested heavily in one-day shipping services.

It was also the second-straight quarter Amazon fell short of analysts’ earnings forecasts.

Amazon stock is currently not a buy.

The stock hit a 52-week high on July 11, then downshifted into a failed breakout. From that high point, Amazon stock is down about 7%. But Amazon is building the right side of a new base and trades above its 200-day and 50-day moving averages. The buy point is 2,035.10.

But all eyes are on $1 trillion.

8 Stocks To Buy With Dividend Yields Of At Least 9%