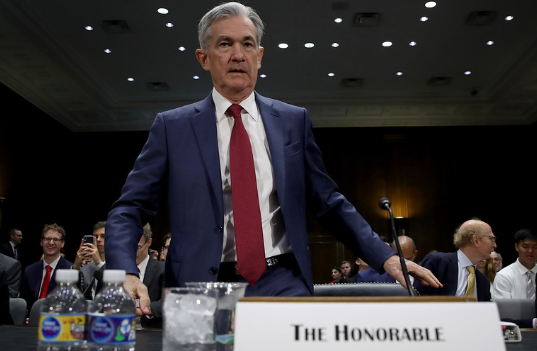 The positives for this stock market are inching out of the woodwork.

A “real compromise” on the federal debt ceiling, which many saw as a black swan for markets this autumn, plus a report that U.S. trade reps will head to Beijing for further talks next week, are keeping things in the green for Wednesday. That’s as we continue to work our way through a mountain of earnings and wait for next week’s Fed meeting. Ahead of that

No doubt, the latter could be a watershed moment for investors, but expectations over the Fed’s ability to fix all that ails the economy and markets may be running a little too hot, warns our call of the day, from James Stack, president of Stack Financial Management and owner of InvesTech Research.

In an interview with MarketWatch, he suggests we ask this: Will the reversal in Fed policy that began last year “restimulate economic growth or simply reinflate investor exuberance?” That’s as he notes the last six months have delivered the strongest stock gains in any six-month period in 20 years.

Stack, whose firm manages over $1.3 billion, has several claims to fame, among them calling the housing-market collapse in 2008 and saving his clients from resulting losses. That holds a big lesson for investors, he says.

“The bottom line message from past history is that if we are on a recessionary course, either by the level of debt or the level of overconfidence in the economy, the Fed may not be able to prevent it even with multiple rate cuts,” he said.

Stack thinks we could be two or three years away from a bear market and “one of those great buying opportunities.” For now, he says watch the warning signs that are already creeping up — weakness in small-cap stocks via the Russell 2000 and in transportation names, softness in the manufacturing sector.

If the downturn takes back just half of the current bull market’s gains, “it could mean a loss of close to 40%,” he said.

Boris Johnson is the new leader of Britain’s Conservative Party. He’ll meet the queen and officially become prime minister Wednesday. U.K. stocks shot up on that news, while the pound weakened against the dollar. Here’s what’s next for markets.

The National Association of Realtors will report existing-home sales later this morning.

The chart
The S&P is up 20% so far this year and so close to 3,000 you can taste it. But with investors “giddy” about the potential for Fed rate cuts, LPL Financial’s chief investment strategist John Lynch said he’ll stick with the index even though it’s 1% away from their year-end 3K target.