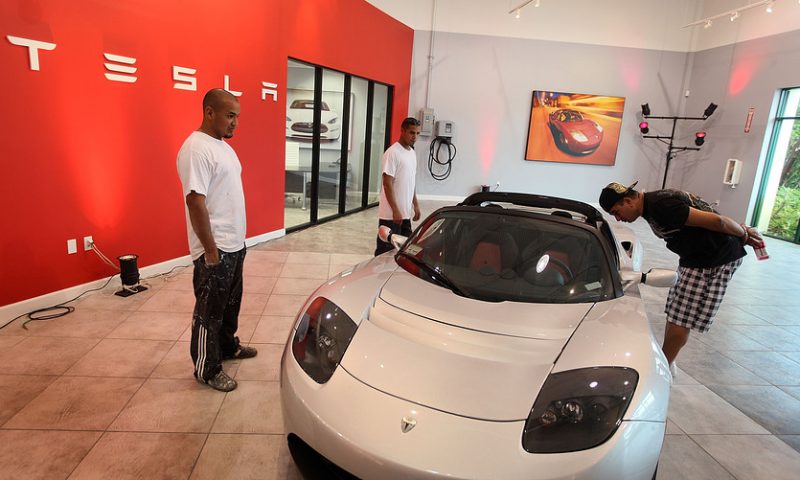 Tesla Inc. may sell about as many vehicles in the second quarter as Wall Street is predicting, but that could be the high-water mark for the Silicon Valley car maker, analysts at Goldman Sachs said in a note Thursday.

The analysts, led by David Tamberrino, are known Tesla TSLA, -0.74%  bears. They kept their rating on the stock at sell with a price target of $158, a 30% downside from Thursday’s price.

The shares got a boost recently from Chief Executive Elon Musk’s telling stockholders there was no demand problem for the company’s vehicles and that the company has a shot at a record quarter in terms of sales and production.

Tesla’s second-quarter sales “should be fine,” likely meeting or narrowly missing Street consensus, but for the second half of the year and beyond Wall Street’s sales estimates for Tesla “look high considering there are fewer levers to pull to stoke demand going forward,” the Goldman analysts said.

Tesla already deployed a cheaper Model 3, a lease option, and right-hand orders. Federal tax credits go lower on July 1. The second quarter “was a better environment for demand and thus deliveries, but to a level that is likely not sustainable,” they said.

“We believe that is the largest question for investors to underwrite at this point — what are sustainable demand levels for the Model S, Model X, and Model 3 — and how does that change with the introduction of Model Y production,” the analysts said.

“While there is potential upside surprise from a faster ramp or pull forward of Model Y ahead of schedule … there is likely cannibalization of current Model X and Model 3 product demand with a crossover variant,” they said.

Tesla is targeting volume production of the Model Y by next year, and has said that about two-thirds of the vehicle’s parts are common to its other vehicles, which will help with a smoother production ride.

The analysts said they continued to see the company keeping a 20% market share for electric vehicles through 2025, but that would be down from an estimated 30% share in 2018.

Tesla is expected to release second-quarter deliveries and production numbers a couple of days after the end of the quarter. Analysts polled by FactSet expect the company to have delivered 92,000 vehicles, of which 75,000 are Model 3s and slightly more than 8,000 each of Model S and Model X.

Tesla shares have lost 34% this year, which contrasts with gains around 17% and 14% for the S&P and for the Dow Jones Industrial Average. DJIA, +0.94%