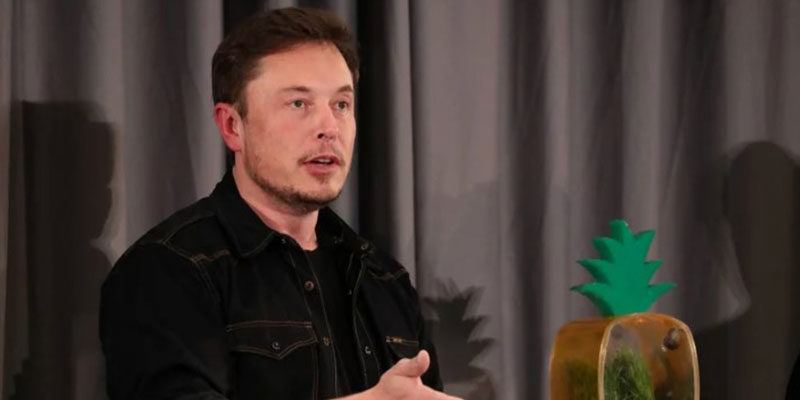 For years, investors have speculated about Apple buying or partnering with Tesla, considering the former’s ambitions in autonomous car technology and the latter’s potential need for additional cash to fund its operations. Both companies have something that the other needs.

The question even came up during a Tesla earnings call last year, when a Morgan Stanley analyst pointed out to Tesla CEO Elon Musk that Apple has more than enough cash to buy Tesla and could help it achieve its vision. “Could [Apple] be the type of firm you could partner with, and is this something you could talk to [CEO Tim Cook] about?” The analyst asked.

“Yeah, I don’t think they want to have that conversation,” Musk answered. “At least I’ve not heard any indication that they do. Obviously Apple continues to make some great products and, yeah, I mean, I use their phone and their laptop, it’s cool. I mean… I don’t know what else to say.”

Now that Tesla’s stock has plunged after a brief spike following Musk’s ill-considered tweets about taking the company private for $420 per share, some Tesla investors are suggesting that it may be time for Apple to consider starting discussions. And an exhausted Musk, who is under pressure to keep increasing production of Tesla’s Model 3s, could use the help.

On Monday, Ross Gerber, CEO of Gerber Kawasaki, an investment management that owns Tesla shares, said on CNBC that Tesla’s drop in market value could be “Tim Cook’s gift of all gifts.”

“If you look at actually what Elon’s problems are every day, they are operational, which is why Tim Cook was hired by Steve Jobs back in the day. Cook is perfect for this role,” Gerber said. “In the past Apple and Tesla probably wouldn’t have gotten along because Musk didn’t need Apple, but it is clear he needs help.”

Apple has $267 billion in cash on hand, more than enough to acquire Tesla, which closed regular trading Monday with a market cap of $52.6 billion dollars. Tesla shares have fallen 19% since shortly Musk tweeted he had secured financing to take the company private, a comment that the SEC is now investigating. Depending on the outcome of that investigation, Tesla shares could fall further.

As for Apple, Gerber told CNBC that he believed the Silicon Valley giant’s autonomous car project is “going nowhere.” But even with a small stake in Tesla, Apple could be positioned to put its iOS operating software in Tesla cars.

“Apple should buy 5 or 10% of Tesla just to get the iOS onto that Tesla screen,” Gerber said. “Part of the Tesla story is that screen in the middle of the car, and not having Apple on that screen is going to be a huge problem for them.”