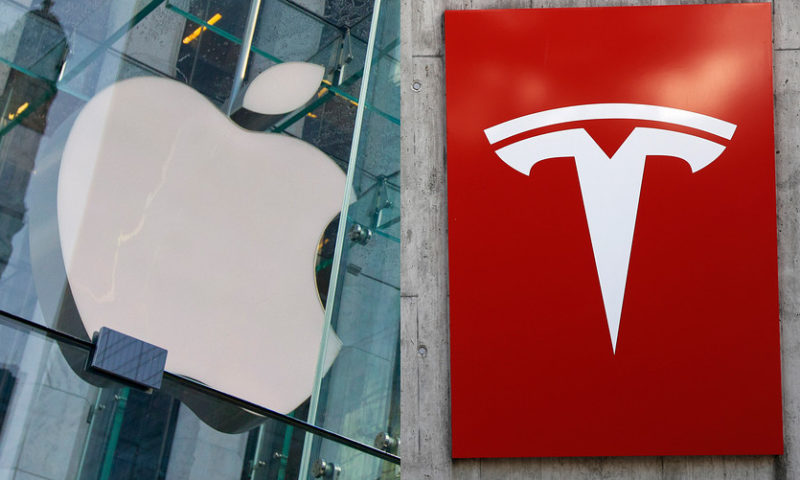 Instinet compares Tesla’s ‘disruption’ of auto industry to cloud software and the iPhone, but gives shares a neutral rating

Instinet initiated coverage of Tesla Inc. on Tuesday by describing the electric-car company as the Salesforce.com Inc. of the auto industry, but did not suggest buying the stock.

“Similar to some of the software greats’ disruption of enterprise hardware, Tesla is a true disruptor of the automotive industry, in our view,” Instinet analysts wrote in their initiation note. “It forces legacy combustion engine behemoths to scramble to develop competing products without cannibalizing their cash flow machines—keeping them comfortably at a distinct disadvantage, similar to what Salesforce CRM, -0.95%  did when it pioneered the Software-as-a-Service (SaaS) business model.”

The note also compared Tesla to Apple Inc. AAPL, -0.30%  , in the way that hardware and software are designed to be integrated from creation, as well as other prominent tech companies.

“We see similarities to Apple’s disruption of the handset market (iPhone) and liken the Supercharger network and over-the-air (OTA) software updates to the iOS and iTunes ecosystem,” the analysts wrote. “The SaaS model will flip Tesla from customer service laggard to a leader, in our view.”

“Tesla is fundamentally changing not only the way cars are built but also how they are bought and sold. To us, this is similar to what Apple did with the advent of the iPhone, Amazon AMZN, -0.76%  did with books (and eventually everything), Netflix NFLX, +0.91%  did with video, and Salesforce did with software.”

However, the analysts wrote that “2019 will be another volatile year for Tesla,” and explained its neutral rating by writing, “we are cautious near term, as we navigate the breakneck pace of Tesla’s global expansion.”

Analysts have grown more cautious on Tesla since the company reported disappointing quarterly deliveries last week, including three analysts decreasing their price targets Monday morning. Shares have declined 2.7% this month and are down 18.2% so far in 2019 after closing Tuesday with a 0.3% decline.

Job openings fall more than half a million to 7.1 million — lowest level in nearly a year