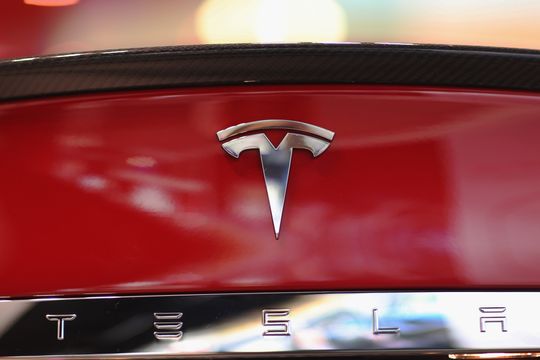 Tesla Inc.’s quarterly results will be a golden opportunity for Wall Street to get the lowdown on the Silicon Valley electric-car maker’s future vehicles, factories under construction, and lingering effects from chip and parts shortages and rising commodity prices.

Tesla TSLA, +2.21% is scheduled to report second-quarter results after the bell on Monday. The EV maker plans to host a conference call at 5:30 p.m. Eastern that day to discuss results with investors and others.

Notably absent will be Jerome Guillen, the long-time Tesla executive who left in early June. Guillen, who spent more than a decade at the company, led Tesla’s efforts to get the Tesla Semi, the company’s commercial electric truck, off the factory floor.

Tesla said in April that sales of the Tesla Semi were on track to begin this year, and investors will want to know if that’s still on the table given Guillen’s departure, which merited an after-the-fact, two-sentence notice.

The company plans to build the Semi and the Cybertruck pickup at its newest plant being built in the Austin, Texas, area. Investors will wait for updates on these timelines as well as building progress for Texas plant and the one being built in Germany.

“Tesla shares have significantly underperformed the major OEMs such as (Ford Motor Co. F, +4.74% ) and (General Motors Co. GM, +3.64% ) so far this year, which we think reflects the fact that 2021 has largely been a transition year for the company as investors await the startup of those two new factories, which should drive more material revenue and earnings growth starting next year,” CFRA analyst Garrett Nelson said.

Here’s what else to expect:

Estimize, a crowdsourcing platform that gathers estimates from Wall Street analysts, as well as buy-side analysts, fund managers, company executives, academics and others, is expecting an adjusted profit of $1.02 a share.

Revenue: The analysts surveyed by FactSet expect sales of $11.47 billion for Tesla, up from $5.18 billion a year ago. Estimize sees revenue of $11.68 billion for the company.

Stock movement: Tesla shares have underperformed the broader market, down around 8% versus gains of more than 14% for the S&P 500 index. SPX, +1.52% In the past 12 months, however, the stock has nearly doubled, compared with an advance of around 33% for the S&P.

Tesla’s stock performance this year also compares with gains of 34% and 57% for Ford and GM shares.

What else to expect: Tesla angered some customers recently when it announced a change in the way it goes about some of its autonomous-driving products, calling for subscription plans rather than upfront fees for its Full Self Driving package, which is currently being tested. The subscription prices were higher than expected, Morgan Stanley analyst Adam Jonas said.

Tesla has weathered the chips and parts shortages well, getting praise for it has handled the shortages so far.

Hand in hand with that is Tesla’s business in China, where demand concerns have mounted amid a recent recall, consumer criticism, and a growing number of domestic EVs as competition with Teslas.

Analysts at Goldman Sachs recently zeroed in on downloads of the Tesla app in China as an indicator of demand.

That data suggests “overall demand remains solid in China and is up meaningfully (year-on-year,)” the analysts, led by Mark Delaney, said in the recent note.

Tesla has used its Shanghai factory for exports, not just to supply the Chinese domestic market, which could help explain an 11% quarter-on-quarter drop in second-quarter sales in China, the Goldman Sachs analysts said.

“Tesla sold essentially every car it made in (the first half of 2021) globally … illustrating in our opinion that the company is supply not demand constrained.”