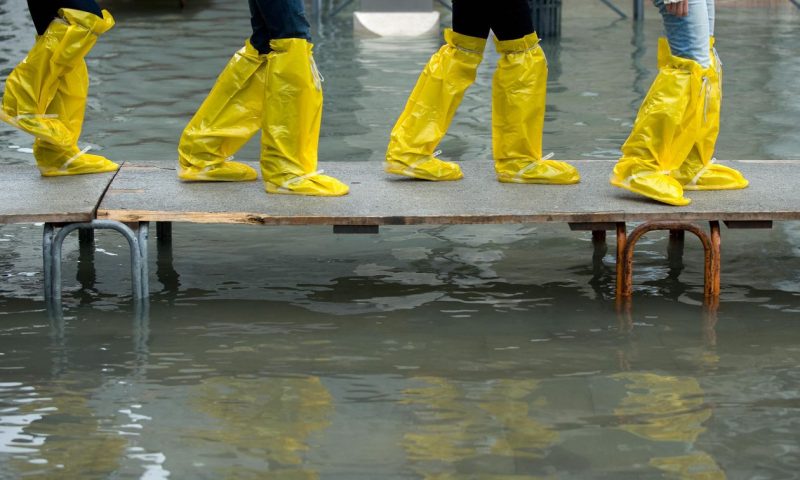 The deadline for a pre-election stimulus package, badly needed by millions of Americans, is fast approaching.

The back and forth has been knocking markets around, but as cold as it sounds, we may wake up on Wednesday with no deal and no stock meltdown, or at least not a long-lasting one. That is because most economists are convinced a stimulus package will be unavoidable for the next U.S. president.

If it could be read as such, technology stocks seem the least worried about the state of politics and the economy. Beating all index comers and up 28% year-to-date, the Nasdaq Composite has made up more than half the ground it lost in September.

Yet some out there keep telling us that the best gains have been made, even as tech stocks continue to defy gravity. And investors should rotate at least some of their money into unloved and cheaper value stocks, which have been in a long, long drought.

Our call of the day from JPMorgan strategists says earnings season may offer the first sign that tech stocks are about to drown in all that greatness.

“We expect technology to deliver robust results, where strong earnings delivery was one of the reasons behind our consistent OW (overweight or bullish) stance on the sector, but there is a chance that this could mark a tactical high-water mark for tech earnings versus other sectors,” a team of strategists, led by Mislav Matejka, told clients in a recent note.

JPMorgan has been favoring tech/U.S./China over value/banks/energy/EuroStoxx 50/emerging markets ex-Asia during the current recovery.

“The potential peaking out in tech EPS [earnings per share] revisions versus other sectors might facilitate a rotation further down the line,” said Matejka. He pointed to the below chart that shows how upward revisions to tech earnings are starting to weaken, even as the sector keeps bounding ahead.

Slowing positive revisions could be the trigger for a rotation, said Matejka and the team. In other words, the tech sector may be starting to run out of all the good news that has been driving investors into those stocks.

Earnings from Netflix and Texas Instruments later will get the ball rolling for earnings from tech highfliers. Get your flood pants while supplies last.

Stocks are the mend early Tuesday, with the Dow Jones Industrial Average DJIA, +0.40% moving higher following its worst day in four weeks. The S&P 500 SPX, +0.47% and the Nasdaq Composite COMP, +0.32% are also in the green.

IBM IBM, -6.49% shares are down after the technology company reported another revenue fall and no outlook.

Alphabet parent Google GOOGL, +1.38% is reportedly being sued by the Justice Department over antitrust violations.

Moderna’s MRNA, +0.49% chief executive said the U.S. government could grant the drugmaker emergency-use authorization for its COVID-19 vaccine candidate as soon as December. Shares are up.

Goldman Sachs GS, +1.13% has reportedly agreed to a more-than-$2 billion settlement with the U.S. Justice Department for its role in Malaysia’s 1MDB scandal.

Data showed housing starts — the number of new homes on which construction has started coming in slightly softer than expected, but building permits up.

California wine country is having a terrible, awful year.

No interruptions will be allowed at Thursday’s second presidential debate.