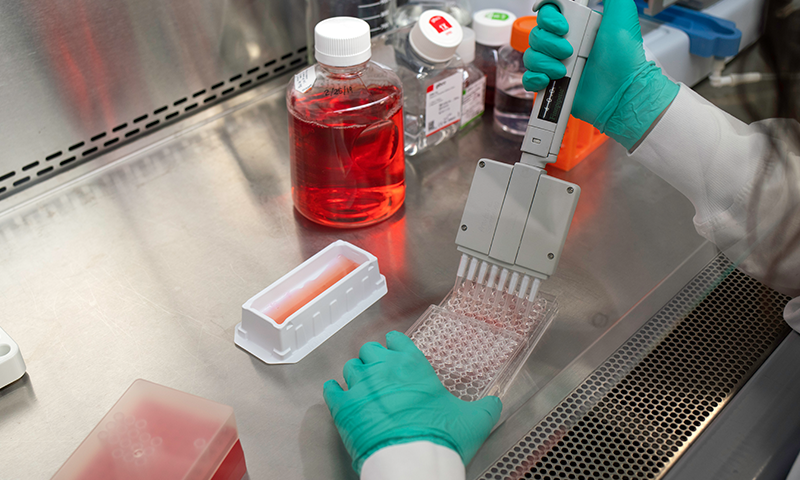 About eight months after originally teaming up on neuromuscular diseases, Takeda and PeptiDream have expanded the pact to include several central nervous system targets, while revealing the tie-up could be worth more than $3.5 billion.

The collaborative research and exclusive license agreement inked in December didn’t have a price tag, but the two companies revealed the eye-popping figure Tuesday that includes an undisclosed upfront payment to PeptiDream and other cash drops subject to certain clinical milestones.

Takeda decided to expand the collaboration given the “great progress” the two companies have made since initiating their joint research last December, said Sarah Sheikh, head of Takeda’s neuroscience therapeutic unit, in a statement to Fierce Biotech.

Neuroscience drug development is hindered by the challenge of getting therapeutics into the brain and other parts of the nervous system, especially for large molecule treatments that struggle to cross the blood-brain barrier, Sheikh said.

“Large molecule therapeutics are the latest treatments to be developed for neurodegenerative diseases and technologies that improve their ability to cross the blood-brain barrier will help to maximize their benefit,” Sheikh said.

In steps PeptiDream with its TfR1 binding technology, which Sheikh said has the potential to address the blood-brain barrier penetration issue.

Sheikh declined to disclose specific targets of the pact but said the two companies have “several different programs” that they hope to bring into the clinic.

The Japanese Big Pharma is betting big on neuroscience after offloading seven programs in a deal worth up to $2 billion last June with Neurocrine Biosciences. Takeda handed over two phase 2 assets as part of that pact, saying goodbye to candidates across schizophrenia, treatment-resistant depression and anhedonia, or the inability to feel pleasure.

Takeda’s neuroscience pipeline is farther behind than areas it’s more familiar with, including oncology, gastroenterology and rare genetics and hematology. The company did reach a milestone in the space Wednesday, though, with a breakthrough therapy designation from the FDA for its phase 2 oral orexin agonist being studied in the chronic neurological disorder narcolepsy type 1.

The Big Pharma expects its first drug approval in neuroscience to be in fiscal year 2023, with a potential first-in-class therapy for Dravet Syndrome and Lennox-Gastaut Syndrome.

In March, Takeda regained the rights to that program from Ovid Therapeutics for a $196 million upfront payment and up to $856 million total. At the time, Takeda said it would initiate phase 3 studies in children and adults with the epilepsy syndromes in the second quarter of this year.

Also that month, Takeda said it would potentially pay more than $500 million for a five-program collaboration with BridGene, including hard-to-drug neurodegenerative disease targets.