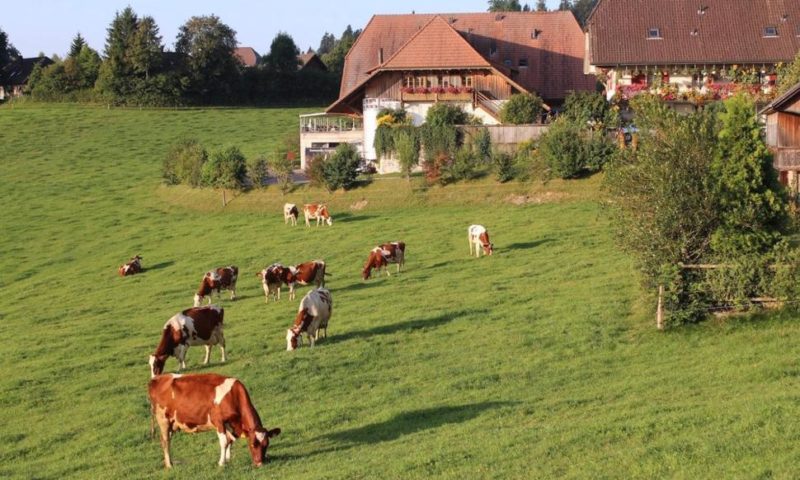 Swiss voters have roundly rejected two proposals aimed at giving the country’s farmers greater protection and ensuring that food from both domestic and foreign producers is healthier.

About 61.3 percent of voters rejected the “Fair-Food Initiative,” which would have required the government to promote environmentally sound, animal-friendly and fairly produced food, and could have involved requiring Swiss inspectors to travel abroad to conduct compliance checks.

A separate, though somewhat similar “Food Sovereignty” proposal aimed to underpin farmers’ salaries and ensure that imported food meets Swiss standards. That was rejected by 68.4 percent of voters.

Proposals need a majority of both voters and cantons (states) to pass. Only four out of 26 cantons, all in the country’s French-speaking west, backed the two initiatives. Turnout was 37 percent.

Cost concerns, government opposition and other factors appear to have dented public support for the proposals. The government argued that the “Fair-Food Initiative” could limit choice, raise prices and jeopardize Swiss commercial agreements with trading partners.

Voters did, however, approve a third measure that will require the Swiss government to do more to improve bicycle lanes and other infrastructure across the Alpine country. That was supported by 73.6 percent of voters and all 26 cantons.

Switzerland’s form of direct democracy gives voters a say several times a year on matters of public interest both national and local.

In a regional Swiss referendum Sunday, voters in the northeastern canton of St. Gallen voted by a two-to-one margin to ban people from covering their faces in public if that endangers “public security” or “religious or social peace.” Offenders could be fined.

The measure, widely described as a “burqa ban,” follows a similar restriction already in Ticino, in Switzerland’s Italian-speaking south.