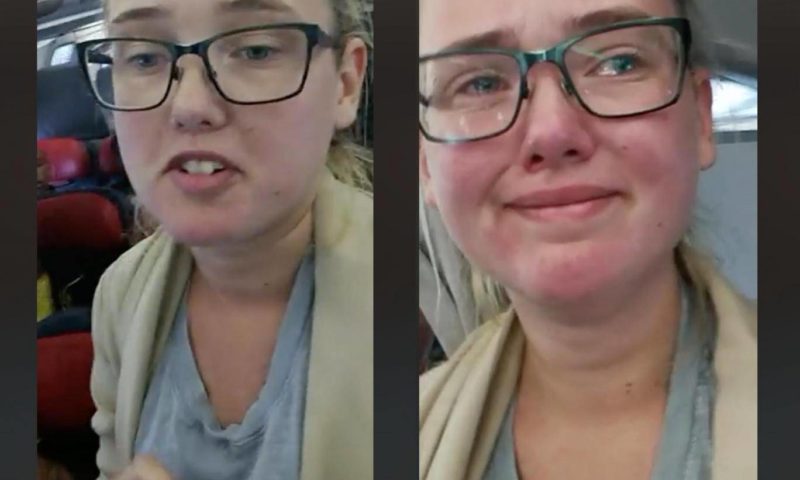 Sweden is to prosecute the 21-year-old student who single-handedly grounded an aircraft preparing to deport an Afghan asylum seeker.

Elin Ersson broadcast her one-woman protest on Facebook in July, during which she refused to sit down on the flight from Landvetter airport in Gothenburg, thereby preventing it from taking off. The video has been watched 13m times.

Several other passengers, including an entire football team, joined her protest and an asylum seeker was removed from the plane – to applause from passengers.

On Friday, Swedish prosecutors announced that Ersson would be prosecuted at Gothenburg district court “for crimes against the aviation law” after the incident on 23 July. She had not complied with the captain’s request and had refused to sit despite repeated requests from the crew, prosecutors said. She faces a fine and up to six months in jail.

Onboard the plane, Ersson carried a photograph of the young Afghan whose deportation she and other asylum activists were seeking to prevent. However, after searching the flight she found he was not on board. She decided to continue her protest to prevent the deportation of another Afghan on the flight, who it emerged had a criminal record.

“I did it as an individual, activist and fellow human being,” she told Swedish media.

“My point of departure is that he is human and deserves to live. In Sweden we do not have the death penalty, but deportation to a country at war can mean death. If someone has committed a crime, they may be jailed and serve their sentence in Sweden.”

Both men have since been deported from Sweden.

Ersson insists she is innocent of any crime. She could not be reached for comment.

“Elin’s bravery has inspired a lot of people,” said Gudrun Romeborn of the group Sittstrejken (Sitdown Strike), in which Ersson is active.

“But it is important to understand why so many people in the community are working for justice for asylum seekers in Sweden. They are not criminals. We are trying to stop deportations to save lives. Europe gives a lot of money to create security in Afghanistan, but it is not working.”

No date has been set for the trial.