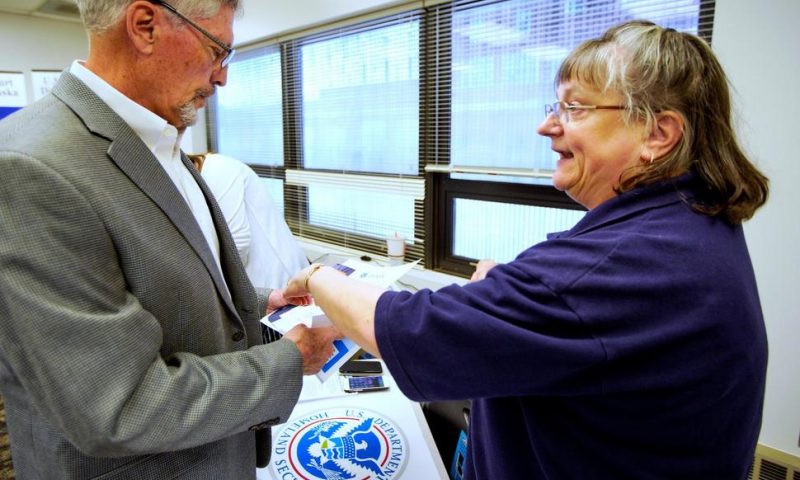 The Federal Emergency Management Agency is facing an unexpected challenge in meeting the needs of the many people affected by this spring’s widespread flooding and violent storms: a strong economy.

LINCOLN, Neb. — The Federal Emergency Management Agency is facing an unexpected challenge in meeting the needs of the many people affected by this spring’s widespread flooding and violent storms: a strong economy.

Tasked with responding to natural disasters that seem ever more frequent and destructive, the agency finds itself further challenged by the robust job market and an inability to match what the private sector can offer, in many cases. FEMA officials are turning for help to retirees, recent college graduates and those who lost their jobs to the disasters, though they’re finding few available workers in many of the rural communities that are in some of the hardest-hit areas.

“The low unemployment rate certainly makes it a little more of an uphill battle, as it is for everyone in the state trying to attract workers,” said Herb Doering, a FEMA human resources manager who runs the hiring program in Nebraska.

FEMA has gone to job fairs and sent emails to about 20 local colleges, with a focus on students who might be interested in an emergency management career, Doering said. He said the agency tries to focus on hiring students, retirees, veterans and those who lost their jobs or homes in the natural disasters. The agency also is working with the Nebraska Department of Labor to recruit employees.

“We’re trying to get the word out to attract as many applicants as we can, whether it’s students, retired folks or veterans,” he said. “It’s a continuous effort.”

FEMA officials are dealing with the same problem nationally, though they say it hasn’t hindered their ability to respond to disasters.

“With record low unemployment and rising wages, it can be difficult to recruit and retain talented workers — particularly in the leadership positions requiring technical, supervisory and programmatic experience — for intermittent positions,” said FEMA spokesman Michael Hart.

The agency maintains a large workforce to respond to disasters, but it is constantly looking to hire new employees, Hart said. It has increased its national incident management workforce by 25 percent since Hurricane Harvey in 2017 and has hired more than 1,000 local, temporary workers to help respond to disasters in their communities, he said.

FEMA provides a variety of assistance after disasters, including money for home repairs, temporary housing and home replacement in cases where owners are uninsured. Additionally, the agency helps to rebuild and repair public infrastructure, such as roads, bridges, sewer lines and public buildings. Those duties also require workers who can inspect properties, review and keep track of paperwork, and communicate with the public.

FEMA is advertising a variety of temporary jobs in Nebraska, from administrative assistants who would earn $16 an hour to an engineering and architecture specialist who would get $29 an hour. The positions are designed to supplement full-time FEMA staffers who travel to disasters around the country. Many temporary employees eventually become full-time staffers.

In Grand Island, which is in a part of central Nebraska that was hit hard by flooding along the Platte River in March, FEMA is seeking a temporary site inspector job to document flood damage to homes and businesses.

FEMA is likely to face its biggest challenge filling technical, high-skill jobs because private employers are trying to hire the same people, said David Swenson, an Iowa State University economist. In the current regional economy, Swenson said most of the unemployed don’t have the necessary skills to fill the jobs that are available and they’re unable to move elsewhere.

Swenson said FEMA’s salary offer for the engineering specialist is also at the low end of what those type of professionals can make in Nebraska. The average salary for a civil engineer in Nebraska was nearly $41 an hour last year, not counting benefits, which is well above FEMA’s advertised rate. And unlike FEMA’s disaster-site positions, most of the private-sector jobs are permanent.

“They are going to be at a decided disadvantage,” Swenson said. “We do have low unemployment, and that in and of itself is going create a labor shortage. But for some of those technical categories, unemployment is virtually zero.”

Swenson said FEMA is in a tough spot because different disasters require different kinds of experts to respond, and the problem is exacerbated by climate change and more extreme weather.

“We do recognize the possibility that it could be a challenge,” said John Benson, the chief of staff at the Iowa Department of Homeland Security and Emergency Management, which he said is competing with FEMA for qualified workers with experience in government, engineering and road construction.

Benson said the department needs to hire employees who can work directly with local governments to help maximize their federal aid and rebuild flood-damaged roads and bridges. The department is seeking 15 to 18 employees in full- and part-time roles, with pay ranging from $54,000 to nearly $84,000 a year for full-time work. The department currently has 54 employees.