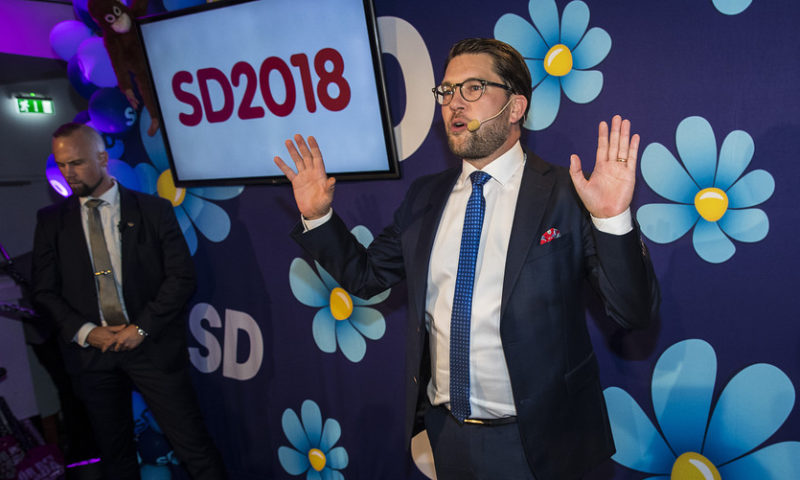 The pan-European gauge is showing a decline of 3.7% for the year to date.

What is driving the market?
Trade tensions between the U.S. and its partners have put pressure on global markets in recent months. A concern as the week kicks off is President Donald Trump’s tweet over the weekend urging Apple Inc. AAPL, -0.19% to move its manufacturing to the U.S., a comment that helped put some pressure on Asian tech stocks.

Investors also are worried about a fresh advance for anti-establishment European politicians, with Sweden becoming the latest country to show a shift over the weekend. The far-right Sweden Democrats, an anti-immigration party with roots in neo-Nazism, garnered an estimated 17.6% of ballots cast in Sunday’s election.

What are strategists saying?
“The SD ran on a stricter immigration policy and want Sweden to leave the EU,” said David Madden, a CMC Markets UK analyst, in a note, referring to the European Union, the region’s big trade bloc.

“The election is unlikely to rock the financial markets, but growing euro-skepticism can’t be ignored.”

Stock movers
Shares in RPC Group PLC RPC, +20.19% soared 21% after the packaging and containers company confirmed it’s in talks to sell itself.

What McDonald’s can learn from Chick-fil-A and Subway