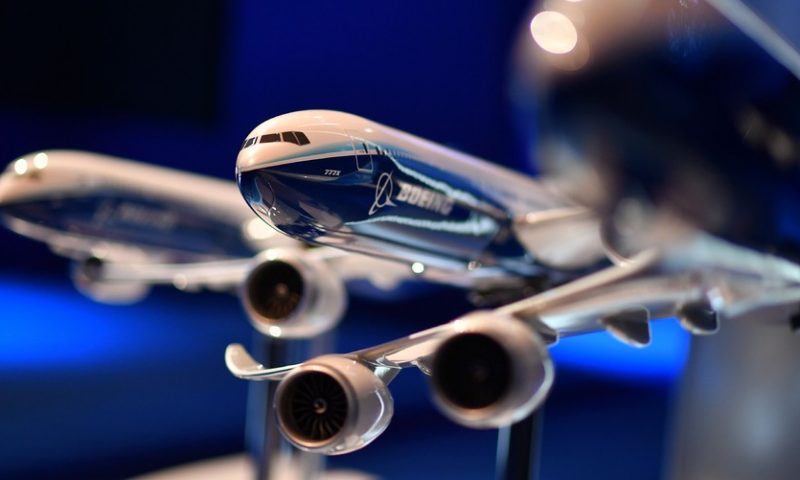 U.S. stocks traded mixed Wednesday morning, a day after the S&P 500 and Nasdaq carved out their first records in months, completing a rebound from an ugly decline in the last three months of 2018.

Investors continue to digest corporate earnings, including those from Dow components Boeing Co. and Caterpillar Inc.

Corporate quarterly results remain a central focus for Wall Street midweek. More than a fifth of the S&P 500 constituents have reported results, with nearly 80% of those companies producing earnings results that topped analysts consensus estimates, compared with about 65% in the fourth quarter, according to data from Refinitiv.

To be sure, that reflects lowered estimates heading into the quarter as worries about a recession and anemic growth outside of the U.S., perhaps, amplified by a trade spat between Washington and Beijing.

Setting the tone Wednesday were earnings from heavyweight Dow components, Boeing BA, +1.03% and Caterpillar CAT, -3.29% with Boeing shares rising 0.7% Wednesday, despite the aerospace firm announcing core earnings-per-share that fell short of Wall Street expectations, while suspending guidance for 2019 due to uncertainty surrounding its 737 MAX aircraft and pausing its share-repurchase program.

Meanwhile, Caterpillar announced first-quarter earnings that topped estimates thanks to a tax benefit and higher-than-expected sales. Investors will pay close attention to management guidance during its 10 a.m. Eastern Time analyst call, as the firm’s global reach gives it a perspective on the health and trajectory of the global economy. Shares fell 2.5% Wednesday morning.

Against the backdrop of earnings, the record climb for markets Tuesday, however, failed to provide a significant catalyst for Asian markets, market participants point out, with that being viewed as a signal that some caution about the recent ascent remains.

Elsewhere, recent reports indicated that China may dial back on a cocktail of economic stimulus after better-than-expected growth, with that coming as negotiations on trade are expected to restart next week between U.S. and Chinese officials.

The negotiations will begin April 30 in Beijing, to be followed by a Chinese delegation, led by Liu He, that will travel to Washington for continued talks starting May 8.

Which other stocks are in focus?

Shares of Occidental Petroleum Corp. OXY, -3.78% fell 2.3% Wednesday, after the firm announced a $76-per-share takeover bid for Anadarko Petroleum Corp. APC, +11.41% in a half cash, half stock deal.

The offer comes after Chevron Corp. CVX, -2.07% had announced an agreement to buy Anadarko that would have valued the company at $65 per share.

“Apparently, we are stuck in a stock market rally that no one likes, as you would be troubled to find another record-breaking U.S. session that was received which such low-spirited appeal from Asian investors,” wrote Stephen Innes, head of trading at SPI Asset Management in a daily research note.

How are other markets and assets performing?