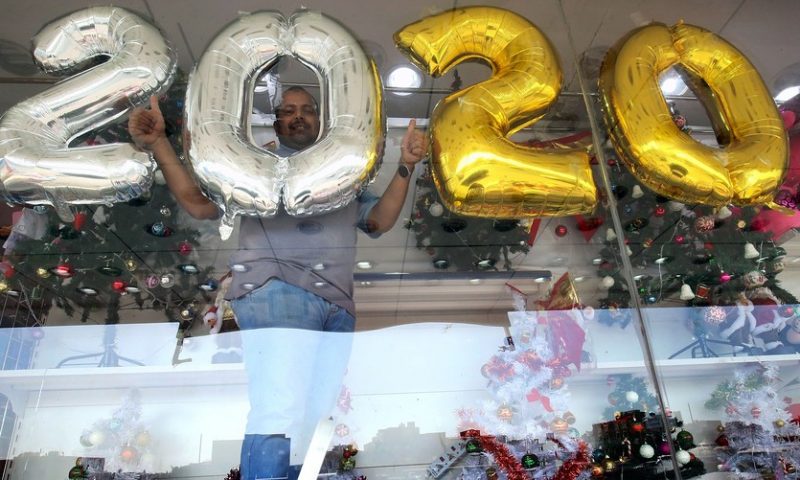 U.S. stocks were trading on either side of unchanged Tuesday amid profit-taking on low volumes ahead of the New Year holiday on Wednesday.

Investors were also parsing an announcement by President Trump that he will sign a limited U.S.-China trade deal on Jan. 15.

Stocks moved sideways Tuesday despite positive news on the trade front, with President Trump announcing on Twitter than he plans to sign a “phase-one” U.S.-China trade deal at the White House on Jan. 15.

Earlier Tuesday, White House advisor Peter Navarro said that the deal was “in the bank” and that the Trump administration was just waiting to review a Chinese translation of the 86-page agreement.

Stocks moved lower as investors appeared to be selling the news after stocks had posted aggressive gains since President Trump first announced the agreement in October.

“What’s striking is the sell-the-fact reaction in stocks, which suggests that this ‘skinny deal’ is finally fully priced into the markets,” said Marios Hadjikyriacos, investment analyst at XM, in a note.

In U.S. economic news, the October Case-Shiller home price index showed home prices rising by 3.3% in twenty major metropolitan areas across the U.S., up from a 3.2% rise in September.

Uber Technologies Inc. UBER, -0.15%  and Postmates, a food delivery startup, filed a lawsuit in federal court late Monday, seeking an injunction to block California State’s new law that forces these companies to classify their drivers as full-time employees, rather than contractors. Uber shares were down 2.2%.

The value of the U.S. dollar fell 0.4% relative to a basket of its major trading partners, according to the ICE US Dollar index DXY, -0.35%.