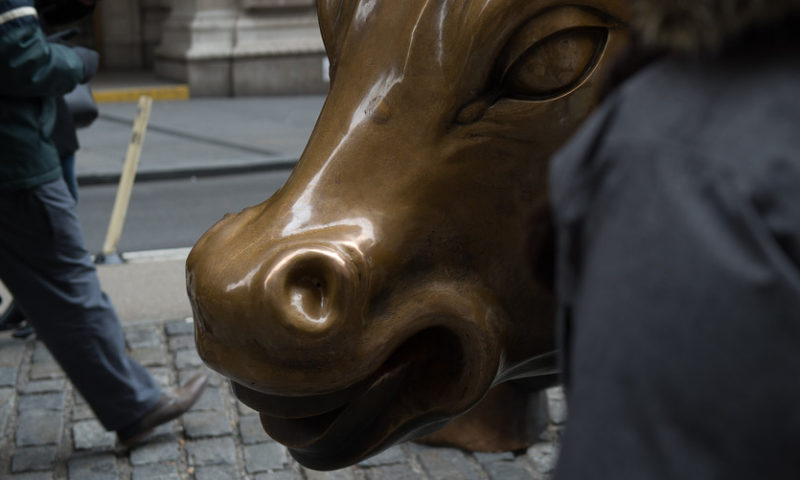 U.S. stocks fell slightly on Thursday, in what represented a fractional retreat after a multiday rally that took indexes to repeated records.

Where are the major indexes trading?

For the month of August, the S&P is up 3.3% and the Nasdaq has gained 5.5%. Both are on track for their fifth straight monthly advance, while the Nasdaq is on track for its biggest monthly gain since January. The Dow is up 2.7%, its second straight positive month.

What factors are driving markets?

Recent gains on Wall Street have come on an apparent easing of tensions between the U.S. and its major trading partners. Late Tuesday, Canadian Foreign Minister Chrystia Freeland met with Trump administration officials in an attempt to resolve testy discussions between the two countries on trade, coming on the heels of the U.S. and Mexico’s announcement of progress toward a bilateral trade agreement that may ultimately result in a retooling of the trilateral North American Free Trade Agreement.

Investors have viewed these events as signs of progress that could help the economy avoid a full-blown trade war. That prospect is seen as one of the biggest headwinds facing stocks, and while it will likely remain in focus—particularly ahead of negotiations with China and other trading partners—equities have mostly looked past the issue of late. Instead, the uptrend has been supported by strong corporate earnings and improvements in economic data.

In the latest development, Reuters reported that President Donald Trump had approved targeted relief on steel and aluminum quotas for some U.S. trade partners.

Thus far this week, an update on second-quarter gross domestic product showed growth coming in at a 4.2% pace, slightly better than the initial reading of 4.1%. Separately, a reading of consumer confidence came in at its highest level since October 2000. However, pending-home sales fell in the latest sign of faltering momentum in the housing market.

Initial jobless claims rose by 3,000 to 213,000 in the latest week, although they remain near historically low levels.

Meanwhile, consumer spending climbed 0.4% in July, according to a government reading on Thursday, matching the estimate of economists polled by MarketWatch. Incomes rose 0.3%. And the 12-month increase in the PCE index, the Federal Reserve’s preferred inflation gauge, rose to 2.3% from 2.2%, marking the highest level since April 2012.

Trading volumes could be light, as is typical for the final week of August. Markets will be closed on Monday for the Labor Day holiday.

Reports that the U.S. and Mexico have reached a preliminary deal is “alleviating some of the uncertainty faced by businesses surrounding trade and supply chains between the two countries,” said Niladri Mukherjee, head of CIO portfolio strategy at Merrill Lynch and U.S. Trust.

“We feel that the potential for Canada to return to the negotiations would be a positive signal for the prospects of a more comprehensive deal and could support investor sentiment…any de-escalation of trade hostilities could drive equities higher.”

Salesforce.com Inc. CRM, -1.88% gave a third-quarter outlook that was below expectations. It also reported quarterly results that came in ahead of forecasts. Shares fell 2.5%.

Signet Jewelers Ltd. SIG, +24.73% soared 24% after it reported second-quarter results that were much stronger than expected. It also raised its full-year outlook.

Electronic Arts Inc. EA, -8.19% said Thursday that it is pushing back the release date for Battlefield V by four weeks to Nov. 20 and tweaking its guidance for net bookings to reflect the later release. The stock tumbled 6.7% in early trading.

US consumer spending up

Britain’s May in Kenya to Boost Economic Ties Amid Brexit