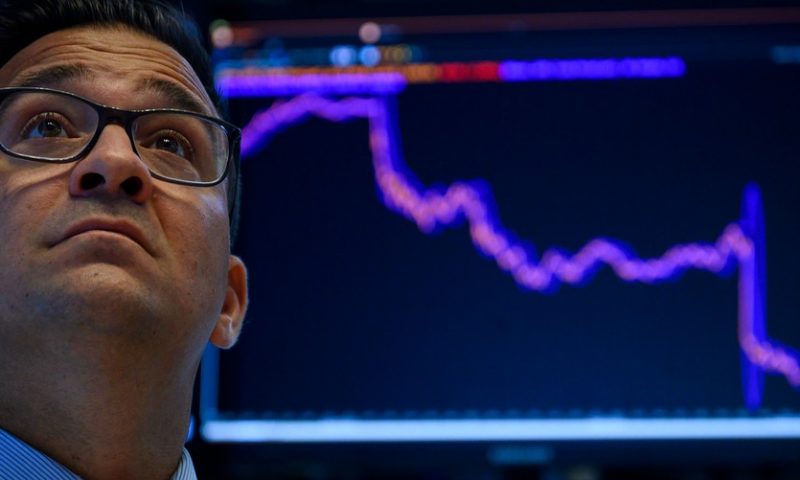 Investors also were digesting news of a revised North American free trade pact and awaiting insights from a Federal Reserve policy meeting that got under way at 10 a.m. Eastern Time.

All three benchmarks ended Tuesday within 1% or less of their record closes set nearly two weeks ago on Nov. 27, according to Dow Jones Market Data.

Investors have been reconciling conflicting signals on Tuesday about the status of trade negotiations between Washington and Beijing.

Acting White House chief of staff Mick Mulvaney told attendees at The Wall Street Journal’s CEO Council summit in Washington on Tuesday that additional tariffs of 15% on consumer goods from China are “still on the table” and could set in on Dec. 15, even as progress toward an interim accord is being made.

But before the start of trade, The Wall Street Journal reported that U.S. and Chinese trade negotiators are “laying the groundwork for a delay” of the new tariffs. President Donald Trump’s economic adviser Larry Kudlow also said fresh tariffs are “still on the table.”

“A delay was in the offing this morning. Now maybe it’s not,” said Jamie Cox, managing partner for Harris Financial Group, in an interview with MarketWatch. “I think it’s part and parcel of how these negotiations are done,” he said. “But I highly doubt they will implement the Dec. 15 tariffs now that we are in the middle of impeachment.”

Global stocks were lower following a separate report that indicated U.S. lawmakers are working on a new bill that would bar the use of federal funds to buy Chinese buses and railcars, a move likely to complicate efforts for a partial trade U.S.-China deal.

Sources close to the talks told the South China Morning Post that “it is growing increasingly unlikely that a U.S.-China trade deal will be completed this week,” though the same officials also said they expected a delay of additional tariffs to give the world’s two-largest trading partners more time to work out a deal.

Speaker of the House Nancy Pelosi on Tuesday morning also announced a deal with the White House on a revised U.S.-Mexio-Canada trade accord (USMCA), meant to replace the North American Free Trade Agreement, or Nafta. The deal includes stronger labor enforcement rules and environmental protections than the pact the Trump administration negotiated with Canada and Mexico last year.

Others were looking forward to the news cycle no longer being dominated by the latest blows on trade.

“I’m not afraid of tariffs and it’s not hard for me to find good stocks to invest in. If a company has such a fragile balance sheet that a couple of tariffs would do them in — it’s not a company I’d invest in anyway.”

The Fed started its two-day policy meeting where it is expected to hold steady on benchmark interest rates following a stellar November jobs report, but investors will be eager to glean details on the outlook for monetary policy. The WSJ reported that Fed Chairman Jerome Powell’s main assignment will be to forge consensus toward a “broader revamp of the Fed’s rate-setting strategy” as he encourages the central bank to let inflation run above its annual 2% target.

“The question will be how dovish is the ‘hold’ that the Fed will deliver tomorrow,” Jim McDonald, chief investment strategist at Northern Trust told MarketWatch. “That’s really the only area of potential surprise.”

On the U.S. economic data front, a report on small-business owners’ confidence in the U.S. economy rose in November, its largest month-over-month gain since May 2018, as owners continued to invest, hire and increase wages, according to the National Federation of Independent Business.

Shares of Netflix Inc. NFLX, -3.10% closed 3.1% lower Tuesday, after Needham analyst Laura Martin downgraded the stock to underperform from hold, as she predicted the online streaming service will lose 4 million subscribers next year amid tough competition from rivals.

How are other markets faring?