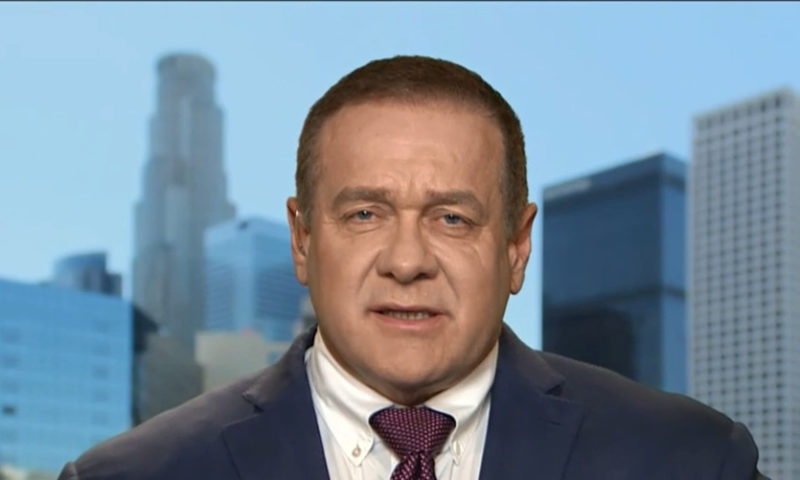 Minerd predicts that the U.S. stock market will fall 40% or 50% after they surge

Scott Minerd of Guggenheim Partners has some good news — and some bad news — for stock-market investors.

First, the good news: If investors are smarting from a bludgeoning that has racked up withering weekly losses for the Dow Jones Industrial Average DJIA, -1.19% , the S&P 500 SPX, -1.73% and the Nasdaq Composite Index COMP, -2.06% , they can look forward to rosier days ahead.

Minerd, chief investment officer for Guggenheim and one of the world’s preeminent bond-fund managers, on Friday said that the recent rout has left the market relatively cheap, compared with its previous lofty levels, and that has created potential for stocks to surge higher in the next few weeks and months: “Stocks are cheap based on forward multiples and should rally by 15%-20% from here unless policy uncertainty around China and tariffs remains in place,” Minerd tweeted.

Global equity markets have been buffeted by worries about flagging corporate revenue; a slowdown in the second largest economy in the world, China; and a retrenchment in other economies that many fear could wash up on U.S. shores.

Domestically, however, the U.S. has enjoyed strong economic expansion. Indeed, the Commerce Department reported on Friday that the U.S. economy grew 3.5% in the third quarter, better than the estimated 3.4%. And although economists may point to some underlying weakness, the GDP figure still underscores an economy on firm footing.

“I think we’re going through a classic seasonal adjustment,” Minerd told CNBC during a Friday interview after his Twitter missive. He said he now thinks the seasonal trend, with October representing one of the more volatile periods for stocks, has turned positive, paving the way for a powerful uptrend to begin.

Minerd believes, he said, that the downturn in the market that has gripped Wall Street isn’t about rising interest rates, which equate to higher borrowing costs for corporations and individuals alike. The Guggenheim CIO said climbing rates, as the Federal Reserve normalizes monetary policy, “are not yet derailing the bull market” that has run for about a decade. Minerd estimated that the selloff investors have suffered reflects a 10-year Treasury note TMUBMUSD10Y, -1.35% yielding 5.5%, not the one that currently sits at 3.08%, around the lowest level for that debt since Oct. 2.

Minerd’s current views are particularly noteworthy because he has held to a particularly sobering market forecast even during the more ebullient moments earlier in the summer. He’s worried that the U.S. trade battle with China will intensify into something more menacing for global economies.

In the summer, Minerd warned that investors shouldn’t be lulled into a false sense of security.

Against that backdrop, the bad news is that Minerd sees stocks falling 40% or 50% after the surge he foresees, as the Fed continues to lift interest rates until the end of 2019, which is likely to suck the air out of the market. Minerd predicted a bear market, or a drop of at least 20% from a recent peak, in the second quarter of 2020.

US Government: Mercedes Owners Got Recall Notices Too Late