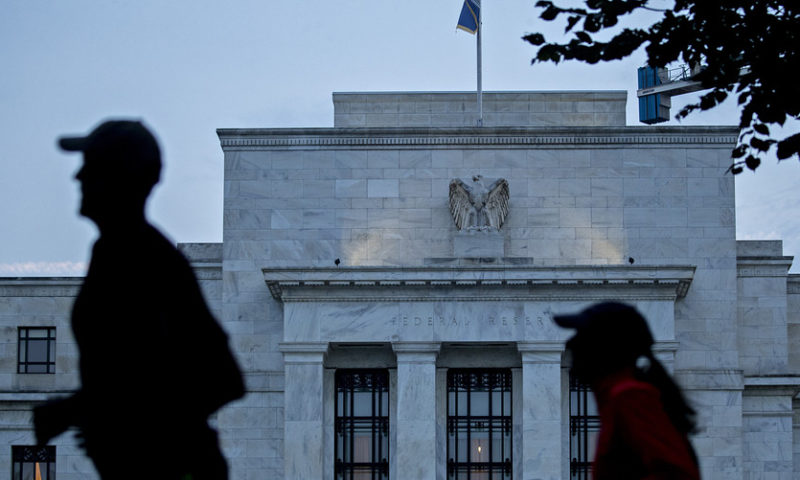 The Federal Reserve also convened a two-day policy meeting which will conclude Wednesday.

A Bloomberg News report that China is pushing back against U.S. demands for concessions in bilateral trade talks dampened market sentiment with major indexes coming off intraday highs. Chinese officials are reportedly indicating that the U.S. has not made sufficient assurances that President Donald Trump’s administration will lift tariffs on Chinese goods in exchange for Beijing agreeing to changes in their intellectual property regulations.

However, the The Wall Street Journal also reported that the two countries are in the final stages of negotiations with U.S. Representative Robert Lighthizer and Secretary of Treasury Steven Mnuchin scheduled to fly to Beijing next week.

Investors are also on standby for the Fed’s policy decision on Wednesday. No changes in rates are expected, but market participants will focus on remarks by Chairman Jerome Powell at his news conference and policy makers’ forecasts of future rate moves.

Of particular interest is whether the Fed will announce plans to bring its balance-sheet runoff effort to an early end.

New orders for American-made goods rose 0.1% in January, the Commerce Department reported. The growth was below the 0.4% increase in factory orders expected by economists polled by MarketWatch, and matches the 0.1% increase in December.

Cliff Hodge, director of investments for Cornerstone Wealth, urged investors to “ignore the headline” following the loss of market’s momentum in the wake of the trade-related headlines.

“With conflicting signals coming from both sides on trade, it is understandable that investors are on edge. Equity markets have rallied from the December lows on positive developments on trade, and a Fed on hold. In our mind, both of these narratives are priced in,” he said. “If something were to change on either front, it would open up the markets to increased volatility in the days and weeks ahead.”

“It’s been a fairly stable trading environment, as the market has largely built in expectations that we’ll get some kind of deal with China and it isn’t anticipating any changes to interest-rate policy from the Fed,” Patrick Healey, president of Caliber Financial Partners, told MarketWatch.

Shares of Michaels Cos. MIK, -1.33% jumped 8.5%, after the arts-and-crafts retailer reported fiscal fourth-quarter earnings and revenue that surpassed Wall Street expectations, though the company disappointed in its 2019 outlook.

Revlon Inc. REV, +0.06% shares slid 6.9% after the cosmetics maker reported unaudited fourth-quarter and 2018 earnings, saying it spotted a “material weakness” in its internal controls over financial reporting for 2018. The company said it would file its 2018 Form 10-K no later than March 29, while saying that financial results aren’t expected to change.

Shares of Chesapeake Energy Corp. CHK, -0.32% rose 0.3% after Raymond James analyst James Freeman raised his target price on the stock from $4 to $4.50.

European Shares Shaken by Brexit Jitters After Gains in Asia