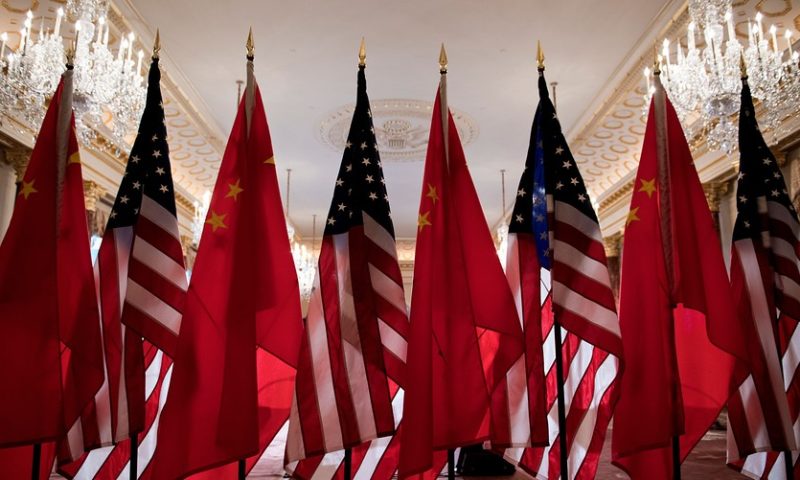 U.S. stocks closed mostly higher Monday after a choppy session as a round of U.S.-China tariff negotiations in Beijing commenced and as the threat of another partial government shutdown loomed.

The latest round of trade negotiations between the U.S. and China began Monday with working-level talks in Beijing, while Treasury Secretary Steven Mnuchin and U.S. Trade Representative Robert Lighthizer are due to arrive Thursday for more high-level discussions.

Even if tariffs on Chinese goods remain at 10% beyond next month’s deadline, as some media reports have suggested, the lingering uncertainty around a trade resolution would only highlight that a 12-month-long negotiation between the world’s largest economies has failed to yield any tangible results.

That could further unsettle investors and U.S. corporations alike who are looking at a 12:01 a.m. Eastern time March 2 deadline for an agreement to be struck between the two countries.

Investors are also preparing for another potential government closure after talks broke down between the main parties over whether to limit the number of migrants authorities can detain. The White House hasn’t ruled out another shutdown if a border-security compromise can’t be reached by midnight Friday.

The U.K., meanwhile, is bracing to exit the European Union on March 29 with or without a trade agreement in hand.

Mat Klody, chief investment officer at Kleebeck Wealth Management, told MarketWatch that the major benchmarks’ steady march higher since the beginning of the year is being driven “by the perception that the Fed has done a complete 180” in its apparent dovish turn, after raising rates four times last year.

But investors must now confront the fact that the Fed will likely only be able to refrain from further rate increases if global weakness abroad does, in fact, slow the U.S. economy, he said. “If in a few months we see China and Europe slowing further, that investing environment could be a lot choppier,” he said.

“A lot of the good news out there is already priced into stocks at these levels,” wrote Tom Essaye, president of the Sevens Report, in a Monday note to clients. “At 2,700 or higher, the S&P 500 isn’t priced for perfection, but it is priced for positive resolution of numerous events,” including the U.S.-China trade spat, a stabilization of global economic growth, and the Fed declining to raise rates at all in 2019, he said.

“It’s not that good things aren’t possible, it’s that a lot of them are now assumed by the S&P 500 at 2,700 or higher, and that creates not much reward and more risk,” Essaye wrote.

Morgan Stanley MS, -1.47% shares fell 1.5% after the bank announced the acquisition of Canada-based Solium Capital Inc. in a deal valued at $900 million.

Shares of Electronic Arts Inc. EA, -0.37% rose early on news that the company’s “Apex Legends” game logged more than 10 million players in its first 72 hours, but then reversed direction to drop 0.4%.

Shares of Tesla Inc. TSLA, +2.30% gained 2.3% after a Canaccord analyst upgraded the stock to buy from hold and said the electric-vehicle story is underappreciated on Wall Street.

In Asia, the Shanghai Composite returned from a weeklong holiday to close up nearly 1.4%. Stocks in Europe were stronger across the board, with the Stoxx Europe 600 SXXP, +0.85% up 0.9%.