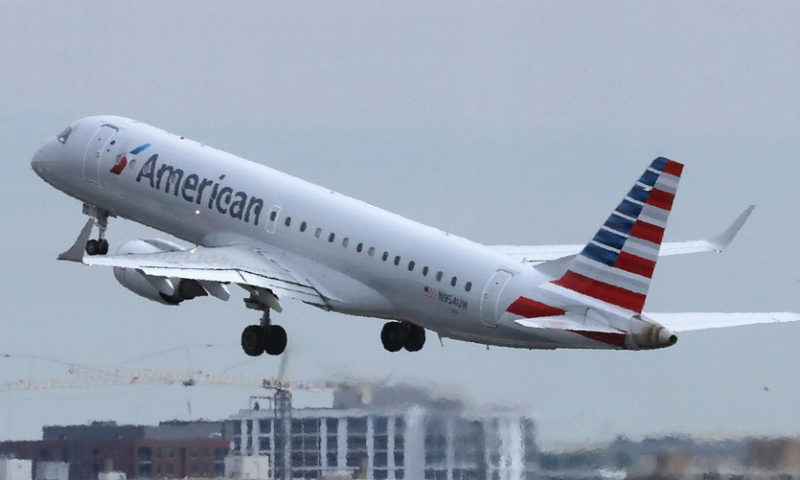 Stocks closed mostly higher Thursday as investors digested a tide of corporate earnings while monitoring U.S.-China trade talks and a long-running U.S. government shutdown — all amid worries over the health of the global economy.

Investors are measuring solid earnings reports against concerns over slowing economic growth in China and Europe, along with fears that U.S.-China trade tensions will not be eased soon.

Those worries came into sharper focus after Commerce Secretary Wilbur Ross told CNBC that the U.S. is “miles and miles” away from a trade deal with China. The comments added to rising concerns on Wall Street that the trade standoff won’t be resolved before March, when the president has promised to raise the current 10% tariff on more than $200 billion in Chinese imports to 25%, if a deal cannot be reached.

A pair of competing bills to reopen the government failed in the Senate, as expected, prolonging the partial government shutdown. Economists have warned that the risks to U.S. growth are rising each day the shutdown continues, with President Donald Trump’s top economic adviser warning that it could lead to first-quarter growth being “very close to zero.”

Global growth worries were highlighted by comments from European Central Bank President Mario Draghi that the balance of risks surrounding the eurozone economic outlook have shifted to the downside, after saying in December that risks were balanced. The ECB earlier decided to maintain interest rates at 0% as expected.

The number of Americans applying for unemployment benefits fell below 200,000 for the first time in nearly 50 years, the Labor Department reported Thursday.

Private-sector activity continued to expand in January but at a more moderate pace compared with the same time last year, according to flash purchasing managers index data compiled by Markit. The manufacturing index rose to 54.9 from 53.8 in December, while the services gauge slipped to 54.2 from 54.4. A figure above 50 signifies growth in activity.

PG&E Corp. PCG, +74.59%  soared 75% after California’s fire protection department said the October 2017 Tubbs fire in Northern California was caused by a “private electrical system” adjacent to a home but did not “identify any violations of state law” or code related to the cause of the fire. The fire killed 22 people and burned nearly 37,000 acres. PG&E had announced last week it was planning to file for bankruptcy due to more than $30 billion in wildfire-related liabilities.

Shares of Bristol-Myers Squibb Co. BMY, -1.88%  fell 1.9% after it said fourth-quarter revenue rose on sales of key drugs, but also said it suffered another setback entering the market to treat newly diagnosed lung-cancer patients, withdrawing its application for U.S. approval of a combination of its Opdivo and Yervoy therapies because more data was needed.

Tech stocks powered higher, in part thanks a series of strong earnings reports from the beleaguered semiconductor industry. Xilnix Inc. XLNX, +18.44% surged 18% after investors responded favorably to its fourth-quarter results.

“Right now we’ve got good news on the earnings front,” said Ryan Nauman, market strategist at Informa Financial Intelligence. “And that’s helping to counteract a lot of concerning news out this morning on global growth and trade,” he said.

Nauman pointed to Ross’s comments on trade as particularly concerning for U.S. investors, who had hoped that the U.S. and China were nearing a deal that could possibly include the removal of recently instituted punitive tariffs.

“That March deadline is coming up pretty quickly and there [are] many sticking points that remain,” he said. “I think we’ll end up kicking the can down the road,” by extending the negotiation window and maintaining the status quo, he said.

“After a sharp recovery from their December lows, global equity markets are struggling for direction this week. If you’re in the bullish camp, the U.S. earning season may support your views…If you are on the other side of the camp, there is a lot of news supporting bearish views,” said Hussein Sayed, chief market strategist at FXTM, in a note.

“Slowing global economic growth, the unresolved U.S.-China trade conflict, the U.S. government shutdown, and Brexit drama are all sources of uncertainty dragging at sentiment,” he said.

Asian stocks ended the day mostly stronger as investors there were heartened by positive earnings reports in the U.S. The Shanghai Composite IndexSHCOMP, +0.62% and Hong Kong’s Hang Seng Index HSI, +1.33% both closed up 0.4%, while Japan’s Nikkei NIK, +1.02% lost 0.1% on news that the Japanese manufacturing sector slowed in January.

European stocks edged up with the Stoxx Europe 600 adding 0.2%.