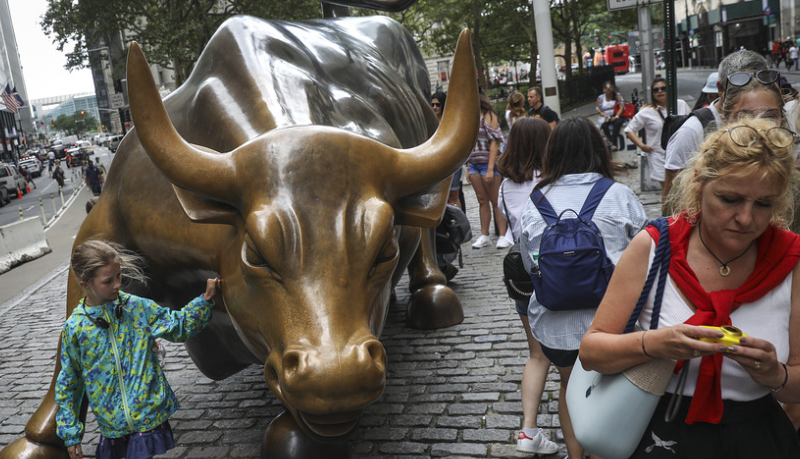 U.S. stocks closed lower Friday, giving up earlier gains following a report that said Federal Reserve officials would cut interest rates by a quarter percentage point rate cut at the end of the month, rather than a half-point move, and after Iran said it seized a British-flagged oil tanker in the Strait of Hormuz.

The S&P 500 index rose back above 3,000 level in early trade, but all three benchmarks logged the biggest weekly decline since the end of May.

What’s driving the market?
Stocks lost altitude after The Wall Street Journal (paywall) reported that Fed officials, based on recent public statements and interviews, signaled they were ready to cut rates by a quarter-percentage point at their July 30-31 meeting, but weren’t prepared to make a half-point reduction.

Expectations for a half-point lowering had been on the rise but fell back after the report. Fed-funds futures traders now see a 22.5% chance of a half-point move, down from a more than 40% probability earlier in the day, according to CME Group data.

Analysts said stocks may have also seen some price swings after reports Friday afternoon that Iran said it seized oil vessels in the Strait of Hormuz, heightening tensions in the region a day after President Donald Trump said a U.S. Naval ship shot down an Iranian drone.

Meanwhile, the corporate earnings reporting season continues, with investors finding cheer earlier in the session following better-than-expected results from the heavyweights like Microsoft Corp. MSFT, +0.15% Microsoft blew away earnings expectations late Thursday thanks to strong growth from its Azure cloud business and LinkedIn, sending shares to an all-time high.

The spotlight is likely to remain though on the Fed and other major central banks. Globally other policy makers have also been easing, with 18 interest rate cuts in the past six months, according to Bank of America Merrill Lynch. BlackRock’s CEO Larry Fink told CNBC Friday that stocks should rise further, despite new records being hit only last week, given the support from easier monetary policy currently.

Investors will also continue to pay heed to the U.S.-China trade dispute.

“In our view, the intra-cycle slowdown will likely prove transitory and has been largely driven by tariffs (e.g., inventory front loading, lower global capex, policy uncertainty) and tighter financial conditions earlier this year,” JP Morgan analyst, Nikolaos Panigirtzoglou, wrote in a note. “We look for a partial trade resolution this year given the mutual benefit for both sides to complete a deal, particularly with the US heading into elections next year, but we acknowledge this remains the largest source of risk to our outlook.”.

U.S. Trade Representative Robert Lighthizer and Treasury Secretary Steven Mnuchin spoke with their Chinese counterparts on Thursdaybut there was little sign of progress in the talks. The U.S. technology industry is lobbying the Trump administration for permission to supply Huawei and several large semiconductor companies have recently made formal requests to Commerce Department.

The market is also keeping an eye on the prospects for a deal to raise the federal government’s debt ceiling before the U.S. Treasury starts to run out of cash to pay it is bills in September without more borrowing. The White House and congressional leaders reportedly reached an agreement on defense and welfare spending levels in a two-year deal to raise spending caps along with the debt ceiling, but have yet to agree on the offsetting cuts to other parts of the budget that the White House is demanding.

Boeing Co.’s stock BA, +4.50% was in focus after the aeronautics and defense contractor said it would take a $4.9 billion second-quarter charge related to its 737 Max groundings.

BlackRock Inc. BLK, -0.40% reported second-quarter earnings and revenue that fell below expectations, as the investment management and advisory company said it had lower base fees as a result of lower securities and lending revenue and lower performance fees.

Shares of Schlumberger NV SLB, -0.18% fell after the oil services company reported second-quarter revenue that beat expectations and revenue that was in line and announced that CEO Paal Kibsgaard will retire and step down as chairman of the board.

Gold futures GCQ19, -0.11% lost steam on Friday, ending lower for the session as the dollar strengthened but gained for the week after logging their first intraday climb above $1,450 an ounce in six years.