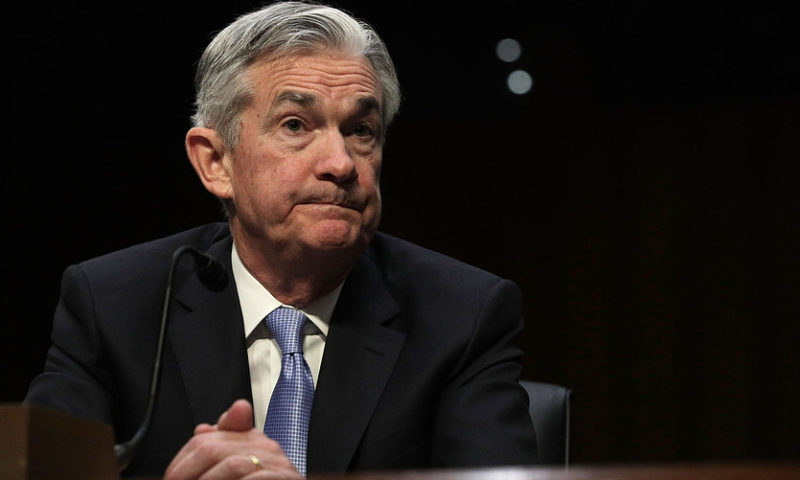 Stock indexes closed moderately higher Wednesday, with the Nasdaq up for an eighth session in a row, following the release of minutes from the Federal Reserve’s January meeting, which showed the policy-setting committee was split on the path for interest rates.

What drove the market?
The transcript of the Federal Open Market Committee’s meeting in January indicated that officials were divided between those who believed that rate increases might be needed only if inflation accelerated beyond their baseline forecast and those who argued that tighter policy is necessary if the economy evolves as expected. However, almost all participants wanted to stop reducing the balance sheet later this year.

Meanwhile, Federal Reserve Vice Chairman Richard Clarida expressed doubts over whether the economy has shifted to a lower gear. “It’s not even clear how much of a slowdown, if any, that we’re seeing in the economy,” Clarida said in an interview on CNN International.

Trade remains in the spotlight despite few concrete developments. Stocks had found some support Tuesday after President Donald Trump said there was nothing “magical” about a March 1 deadline for U.S.-China negotiations, which was taken as a sign that tariffs on imports of Chinese goods might not automatically be raised to 25% from 10% after that date if a formal deal hasn’t been completed.

U.S. and Chinese negotiators are set to continue talks in Washington after discussions last week in Beijing.

After China, Europe may be the next target of Trump’s trade agenda. The president told Austrian Chancellor Sebastian Kurz that automobile tariffs are a possibility if the U.S. doesn’t agree to a trade deal with Europe.

What were analysts saying?
Joseph Brusuelas, chief economist at RSM US LLP, said the minutes suggest that the Fed may retreat to a Bernanke-like stance in terms of the inflation target where “2% does not always mean 2%.”

“We would not be surprised at all if the FOMC moves toward what one might refer to as an inter-temporal target. Thus, as long as the target averages 2% over a specific time frame, then the risk around dislodging inflation expectations is low and provides much-needed policy space for central bankers to be patient,” he said in emailed comments.

“The bar to restarting rate hikes in the near-term seems to be quite high, with several participants arguing that rate increases would be necessary ‘only if inflation outcomes were higher than in [the] baseline outlook.’ The upshot is we now expect the Fed to leave rates unchanged throughout this year, before a further deterioration in economic growth forces it to cut rates by a total of 75 basis points in 2020,” said Paul Ashworth, chief U.S. economist at Capital Economics, in a note.

What stocks were in focus?
Shares of CVS Health Corp. CVS, -8.10% sank 8.1% after the health-care retailer reported fourth-quarter earnings and revenue that fell short of Wall Street expectations.

Tesla Inc. TSLA, -1.01% shares fell 1% after the company announced that its general counsel, Dane Butsinkas, is leaving the firm after just two months in the role.

Shares of Southwest Airlines Co. LUV, -5.65% declined 5.7% after the company said that the government shutdown had reduced revenue more than expected, lowering its first-quarter outlook.

Shares of Garmin Ltd. GRMN, +17.04% rallied 17% after the firm reported fourth-quarter earnings and revenue that surpassed expectations, while increasing its dividend.

Tesla the next Amazon? Shareholder sees the stock reaching $4,000