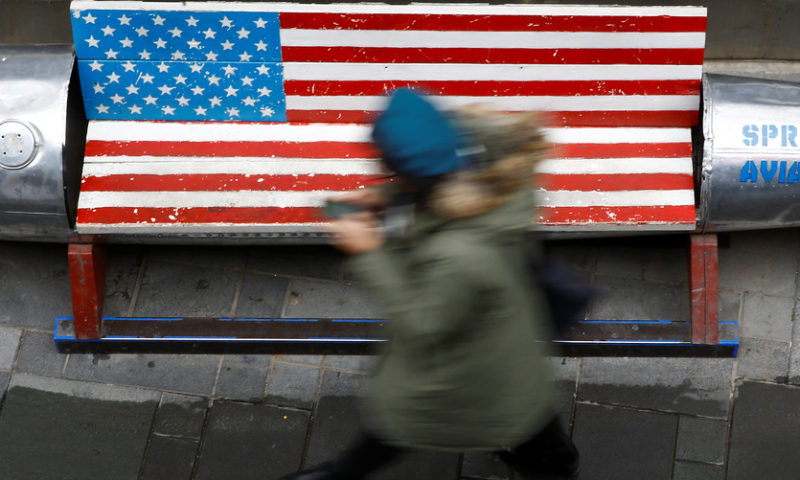 Stocks closed higher for a third straight session Tuesday as optimism over U.S.-China trade talks bolstered sentiment and nudged investors toward assets perceived as risky, such as equities.

Gains were led by real estate and internet stocks, while Apple Inc. and other mega-cap tech companies also helped to propel the market higher.

Face-to-face negotiations between U.S. and Chinese officials entered a second day Tuesday, with hopes rising that the talks will bear fruit after Chinese President Xi Jinping’s top policy aide, Premier Liu He, made an appearance on Monday.

Though concrete progress on broader trade concerns remains elusive, China did approve five genetically-modified crops for import that could help increase Chinese imports of U.S. agricultural goods, including corn and soybean strains developed by DowDuPont Inc. DWDP, +1.15% , a move interpreted by some traders as evidence of goodwill on the part of China.

With a partial government shutdown now in its 17th day, lots of attention was expected to focus on a prime-time border-wall speech from Trump later Tuesday evening. Some government employees will miss their first paycheck this week as a result of an impasse between Trump and Democratic lawmakers over funding for a proposed wall along the U.S. southern border with Mexico, though the IRS announced Monday that it would continue to process income tax refunds during the shutdown, in a reversal of longstanding policy.

The number of new job openings fell to its lowest level since June, at 6.89 million, down from 7.13 million in October, the Labor Department reported Tuesday. The rate that workers are voluntarily leaving their jobs also fell slightly, though both measures still indicate an historically strong job market, with job openings still outnumbering unemployed Americans, and the quit rate near all-time highs.

The Census Bureau was scheduled to release data on the trade deficit Tuesday morning, but the release was delayed due to the government shutdown.

“We’re seeing a spillover from Friday,” when investors received news of a still-booming job market paired with moderate inflation and a much more dovish tone from the Federal Reserve, Eric Wiegand, senior portfolio manager at U.S. Bank, told MarketWatch. “Markets are riding the wave of improved sentiment as well as seeing some glimmer of progress regarding Chinese trade negotiations,” he said.

Nevertheless, it remains to be seen whether the uptrend in equity values in recent weeks is “a snap-back rally in a bear market or an the beginning of an actual trend reversal,” he said.
“The key catalyst here is the U.S.-China trade talks, and investors are hoping for some kind of progress that will allow equities to recover, while the recent downbeat tone coming from the Fed is also helping things amid expectations for fewer rate hikes,” said Konstantinos Anthis, head of research at ADSS, in a note to clients.

“However, investors will now start focusing on U.S. earnings season and it will be key to see whether corporate results continue to slow down, further dampening risk sentiment,” he added.

Shares of Sears Holdings Corp. SHLDQ, +30.09% soared 27% after a Wall Street Journal report that the company could still avoid liquidation via a $4.4 billion buyout plan proposed by billionaire Eddie Lampert. The stock had been down as much as 50% on reports earlier Tuesday that the company will seek liquidation.

Monster Beverage Corp. MNST, +6.23% shares were up 6.1% after SunTrust Robinson Humphrey upgraded the stock from buy to hold, while raising its price target from $50 to $65.

Shares of Apple AAPL, +1.91% rose 1.9% after an excerpt from an upcoming CNBC interview showed Chief Executive Tim Cook emphasizing that the company has “never been better” — a reference to critics of the company after Apple reduced its sales estimates.

Oil tallies longest streak of gains in about 18 months