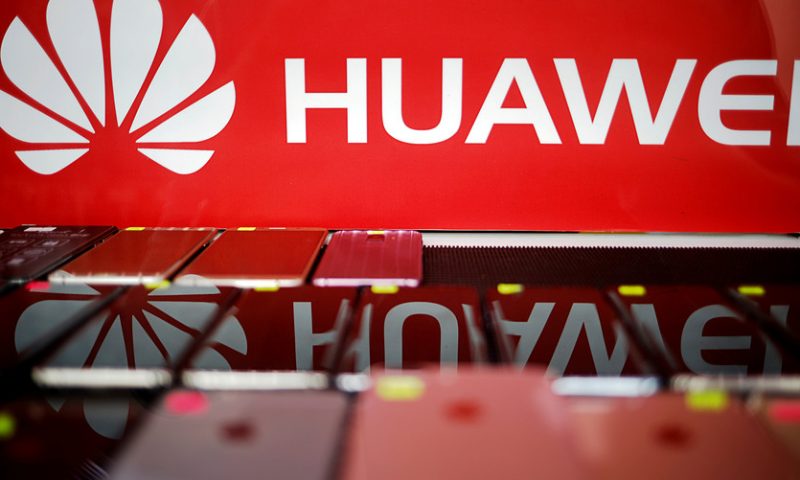 The Dow Jones Industrial Average, however, fell for a fifth week straight, logging the longest weekly losing streak since June 2011, according to FactSet data.

Total composite volume on the stock exchange was its lowest — 5.279 billion shares changed hands — since Nov. 23, the trading session after Thanksgiving.

The market took a breather from a week of mostly unsettling headlines linked to trade tensions as fallout from a U.S. ban on Chinese tech group Huawei Technologies Inc. reverberated across global markets. Thursday’s losses stemmed from a growing view that the U.S. and China were moving further apart on a trade deal.

Calming the situation somewhat, Trump said Thursday that the U.S. could ease up on its ban against Huawei as “some part” of a wider trade deal with China although he reiterated the Chinese company was “very dangerous” from a security standpoint.

At the same time, a separate report said the Commerce Department was considering tariffs on countries that undervalued their currencies to the disadvantage of U.S. companies. Currently no country in the world meets that specific criteria, but the U.S. has long unofficially viewed China as a currency manipulator.

Meanwhile, investors appeared to take in stride U.K. Prime Minister Theresa May’s decision to step down, effective June 7, after several failed attempts to negotiate an agreement for Britain to leave the European Union. Britain has until Oct. 31 to reach a deal to leave the EU.

On the economic front, orders for durable goods fell 2.1% in April, less severe than the 2.4% decline expected by economists polled by MarketWatch. Core durable orders, a key measure of business investment, also declined, by 0.9%, the first decrease in four months.

“Markets are very sensitive to anything that comes from the administration on trade, so the incremental positive of Trump’s willingness to fold Huawei into a trade deal has boosted stocks a bit,” Carlos Dominguez, chief investment officer at Element Pointe Advisors, told MarketWatch.

“Investors are still coming to grips with the idea that we’re going to be living with some kind of tariffs, and they definitely aren’t pricing in 25% tariffs on all Chinese goods,” he added. “So it is one step forward, two steps back because the market is still trying to figure out the impact of all this.”

While equities are higher Friday “following some hopeful comments by President Trump on U.S.-China trade,” recent weak economic data this week out of Europe, Japan and the U.S. will prove a headwind for stock investors going forward, wrote Tom Essaye, president of the Sevens Report in a note to clients.

“Focus remains on the U.S.-China trade conflict, but global growth is the real concern and we need to see global and U.S. data stabilize, and soon, otherwise trade will no longer be the market’s primary concern,” he wrote.

Shares of Snap Inc. SNAP, +3.96% gained 4% after The Wall Street Journal reported that the company is in talks with major record labels to enable users to include music in posts on the Snapchat app.