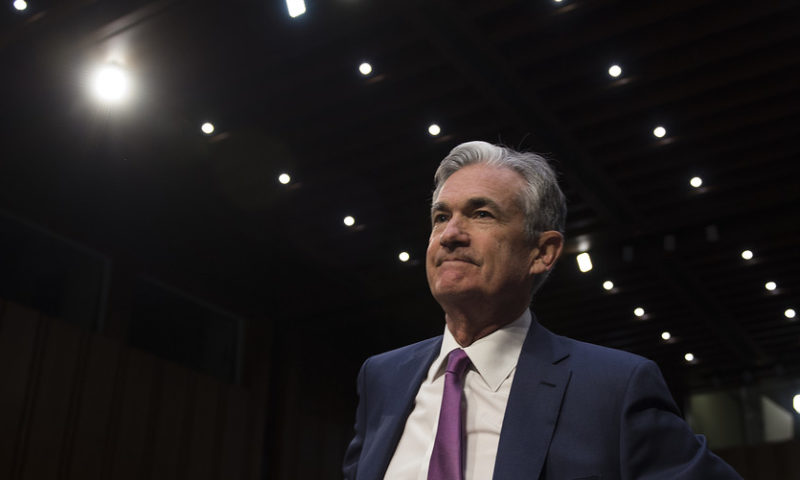 FedEx shares down more than 6% after disappointing results

U.S. stock-index futures flipped between small gains and losses, as investors sat on their hands ahead of the conclusion of a two-day Federal Reserve meeting Wednesday afternoon.

What are indexes doing?

No interest-rate moves are expected, but investors will be paying close attention to the statement issued by Fed policy makers at the conclusion of their meeting at 2 p.m. Eastern Time, as well as details of the updated economic projections offered by members and Chairman Jerome Powell’s news conference at 2:30 p.m.

The Fed is widely expected to maintain the dovish tone that accompanied its January about-face, when it effectively put its rate-hike schedule on pause and signaled a wait-and-see approach to future moves amid worries over tightening financial conditions. The turn was credited with aiding a stock market rally that’s seen the S&P 500 rise 13% since the end of last year.

Economic forecasts, as reflected by the so-called dot plot, are expected to show policy makers scaling back rate-hike expectations. Powell, however, is expected to stop short of signaling a potential rate cut. The central bank is also expected to outline Wednesday plans to halt the shrinking of its balance sheet.

Stocks gave up early gains to end mostly lower Tuesday after mixed headlines surrounding U.S.-China trade talks. A Bloomberg News report said China was pushing back against U.S. demands in trade talks, while The Wall Street Journal reported that high-level talks were set to resume and that negotiators aim to close an agreement by next month.

Shares of FedEx Corp. FDX, -6.03% often viewed as a barometer of global growth prospects, were down 6.6% in premarket action after the logistics company missed Wall Street forecasts for its fiscal third quarter, partly due to higher costs for its FedEx Ground business.

The European Union on Wednesday fined Google parentAlphabet Inc.GOOG, -0.07% GOOGL, -0.28%  1.49 billion euros ($1.69 billion) for abusing the dominance of its search engine to block competitors in the market of selling text ads on search results that appear on third-party websites. Alphabet shares were off 0.2% in premarket action.

Shares of The E.W. Scripps Co. SSP, +0.36% rose 5% before the bell, after television and newspaper-publishing company said it would acquire eight TV stations in seven markets from the Nexstar Media Group Inc. NXST, -0.91% and Tribune Media TRCO, +0.04%

“All eyes will be on the U.S. Federal Reserve meeting today,” wrote analysts at Credit Suisse. “Investors will be keen to hear whether the Fed will remain on its dovish course, which has helped fuel the extended rally in global equities for the year to date.”