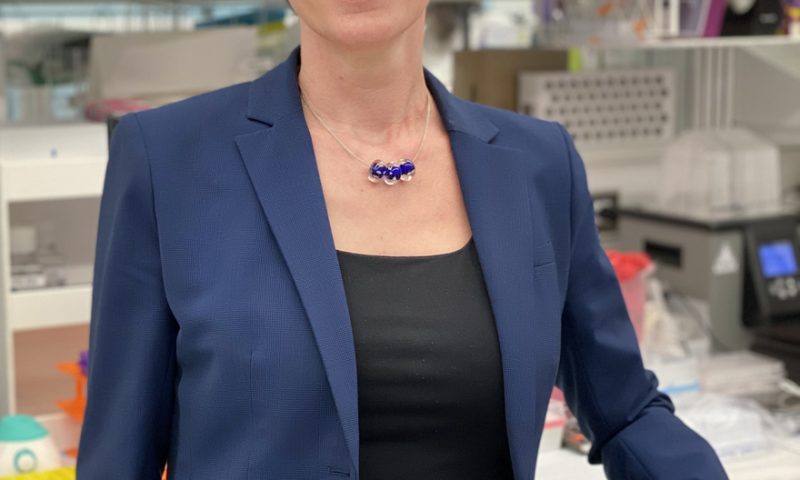 Stellanova Therapeutics now has fuel to get the “new star” on its journey to treating the tumor microenvironment.

The Houston-based preclinical biotech has raised a $15.5 million series A round led by Sporos Bioventures. The funding will go toward bringing Stellanova’s lead antibody into the clinic, building out a discovery platform and growing the team, including leadership hires later this year.

As part of the funding, Emmanuelle Schuler, Ph.D., joins Stellanova as founding CEO after serving as the founder of a life sciences and biotech consultancy. She also previously led Johnson & Johnson’s JLABS incubator in Houston, which incubated and still houses Stellanova.

Schuler was attracted to Stellanova because the biotech is tackling “truly unchartered territory in the world of cancer treatment,” she said in an interview. Stellanova’s lead candidate targets DKK3, a gene secreted by cancer-associated fibroblast cells.

Stellanova is focused on the tumor microenvironment, specifically the parts of the tumor that encourage growth and cancer spread. Stellanova’s antibody candidate is meant to neutralize DKK3, which is secreted by the fibroblast cells that encourage cancer to grow out of control.

The tumor microenvironment is a “complex ecosystem that surrounds cancer cells,” said co-founder Rosa Hwang, M.D., in a joint interview with Schuler.

“We’re specifically focused on these fibroblasts that are associated with cancers, and historically, to date, I think most scientists and most biotech companies are focused on targeting the cancer cells themselves,” Hwang said.

While Stellanova is initially focused on pancreatic and triple-negative breast cancers, the company could venture into other cancers as well, Hwang said.

Novartis backs up $2.1B Endocyte buyout with prostate cancer data