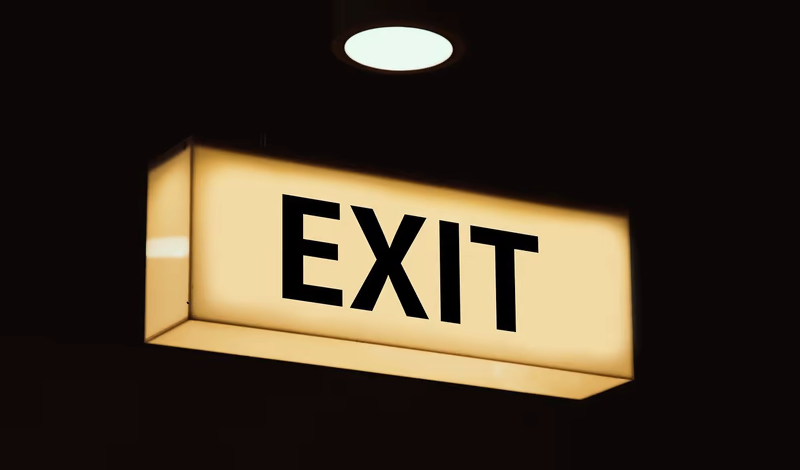 You could call it survival of the fittest or the law of the jungle. But whatever you call it, the recent spate of layoffs in biotech is separating the losers from the rest, one expert says.

“This is just the beginning of what I see is probably a wave of likely smaller companies having to reduce workforces or figure out new ways of operating so they can stay alive,” said Eric Celidonio, former leader of talent acquisition at Moderna, in an interview. He’s now founder of Sci.bio, a Boston-area biopharma recruitment and executive search firm that’s worked with Rubius Therapeutics, Deciphera, Goldfinch Bio and others.

Of the 32 layoffs tallied by Fierce Biotech, four have occurred in just the past two weeks: Zosano Pharma, Ovid Therapeutics, Passage Bio and Athenex. At least 23 companies have announced layoffs so far this year, and the list keeps growing.

Some case studies: Zymeworks’ newly installed CEO eliminated half of senior management positions and other roles, Gemini returned to a preclinical-stage startup in February and Danish meme stock Orphazyme went soul searching this month after rejections from the FDA and EU.

“With the public markets being in turmoil around the world, there’s concern about just preserving financial runway,” she said. Other factors, are of course, regulatory setbacks, negative clinical trial data or other upsets typical to biotech.

But still, for those companies that are hiring, Loveless said filling open roles is as hard as ever, because major investments are continuing in the industry. The existing workforce can’t meet the demands of the bevy of new companies formed in recent years. The rapid influx of follow-on, copycat-type companies has led to an industry expansion bound to cause bloodletting.

Rarely has Loveless seen such significant layoffs happening at the exact same time that the industry is undergoing a rapid expansion. She’s also noted that the cuts seem to be happening more at public companies, which have historically been viewed as more stable, because of the general market instability.

The industry should anticipate an even higher rate of layoffs going forward. “Losers” will come into clearer view, attrition will pick up, startups will try to merge—or, if they’re still quite nascent, their incubators will attempt to quietly combine multiple portfolio outfits—and layoffs will be in more headlines, Celidonio said.

About 1 in 10 biopharmas typically survive, “so historical measures will probably prevail,” Celidonio said.

Attrition is a tough pill to swallow for the staff members on the losing end of the stick. Two former Yumanity Therapeutics employees described being told about layoffs at the neurodegenerative-disease-focused biotech in an early morning town hall in February and having to leave by the end of the day.

“We weren’t told anything,” one said, noting they disagreed with the way the situation was handled. “Nobody expected anything.”

Yumanity, a once-budding biotech focused on therapies for neurodegenerative disease, was founded in 2014 and named to Fierce Biotech’s Fierce 15 list in 2015. But costs ballooned while the company pushed its candidate for Parkinson’s disease through the clinic, and the bubble burst once the trial was slapped with clinical holds earlier this year.

The employees, who spoke to Fierce Biotech under the condition of anonymity for fear of retribution, said when the company announced the hold in January, employees were told not to worry about it. But the financial impact of the regulatory setback was nevertheless cited as a contributing factor in the downsizing, which ultimately affected 60% of staff. Yumanity declined to comment when asked about the layoff process.

Loveless, on the other hand, says she’s seeing an uptick in executives trying to help their outgoing employees in whatever ways they can. This includes sharing résumé books across various organizations that could have a spot for someone.

“There’s never an easy way to deal with the loss of a job,” she said. But, when put into that position, executives have to step up: “Doing things like that to help people and provide comfort at difficult times is really important.”

When a major setback happens, she says executives need to be as transparent as they can about what is happening: “These are people, and it affects families and you want to do what’s right at every turn.”

‘Irrational enthusiasm’
Joining any type of startup is a risk. In biotech, and science in general, those that gamble to be on the cutting edge can sometimes end up with great discoveries—but of course, that’s not always the case. For biotechs to succeed, it takes quite a complex formula, and sometimes luck.

“Success in drug discovery requires a crazy mix of irrational enthusiasm (because it almost always fails) and clear-eyed discipline (to decrease the likelihood of said failure). No wonder we get it wrong occasionally,” said Michael Gilman, Ph.D., CEO of Amgen-partnered Arrakis Therapeutics, in a tweet this month. “Persistence, learning, luck is how you eventually get there.”

In the early days of a biotech company, margins are razor thin, and a regulatory setback or missed data readout can be the death knell.

The never-ending stream of new biotechs has led to a field of startups that look quite similar, go after a not-so-unique roster of diseases/indications and deploy so-called platforms that are “just ideas” without enough concrete plans in place, Celidonio said.

The widening crop of startups has caused demand for researchers, scientists and other biopharma workers to outpace supply. Put simply, it’s quite hard to attract talent right now. And, in the C-suite, search time frames have lengthened, wages have increased and titles have inflated, Celidonio said.

If prospective clients aren’t willing to pay market value, won’t provide responsibilities that match an executive’s current duties and aren’t working in a competitive landscape, then Sci.bio says no thanks “because it’s probably ill-fated,” he said.

“There’s a lot of misalignment around what the clients want and their idea of what suitable talent is,” the recruiter said. Regulatory-related roles and “anything in informatics” are particularly tough to fill at the moment, he said.

The 23-year industry veteran said biotechs can’t just poach from the bustling tech industry, either. He’s witnessed people leave finance and tech in an attempt to “reinvent themselves” but experience and knowledge within biopharma trumps other aspects of a résumé.

“You can’t just fake it until you make it. I’m seeing a lot of that, people just saying, ‘Well, I work in tech, there’s really no difference,’” Celidonio said. “Well, there’s huge differences, and it only comes when you spend some time realizing that this is a highly regulated environment that has lots of nuance to it that can’t just be glossed over.”

For anyone facing unemployment or worried about their job security, the strategy to ensuring you have somewhere to land in the event of a layoff is the same whether you are a rank-and-file employee or executive. Loveless recommends always keeping your network up to date and making relationships with executive search firms.

“I believe at the end of it, people need to pay attention to what’s going on in their organization,” Loveless said. “Keep their network strong. Have their resumes ready in case something goes awry and know that there are still many, many, many opportunities out there that companies are struggling to fill.”

Indeed, there are plenty of openings in the industry. The amount of job postings for biotech roles rose 36% year over year, from February 2021 to February of this year, according to data from Indeed provided to Fierce Biotech. Yet, the searches for such jobs shrank 4.7% in the same time period.

Life sciences employment continues to fare better than the overall U.S. job market, according to a 2022 first quarter life sciences update from Cushman & Wakefield. Employment in the sector grew almost 8% in 2020 and 11% in 2021. Overall U.S. employment has only risen 1% since 2011 compared to almost 7% for life sciences in that timeframe.

“I’m always looking for the positive, and the fact is that it is still very, very hard to fill all the open positions there are, which tells me that the opportunities are still out there and that those individuals that are displaced will land on their feet,” Loveless said.