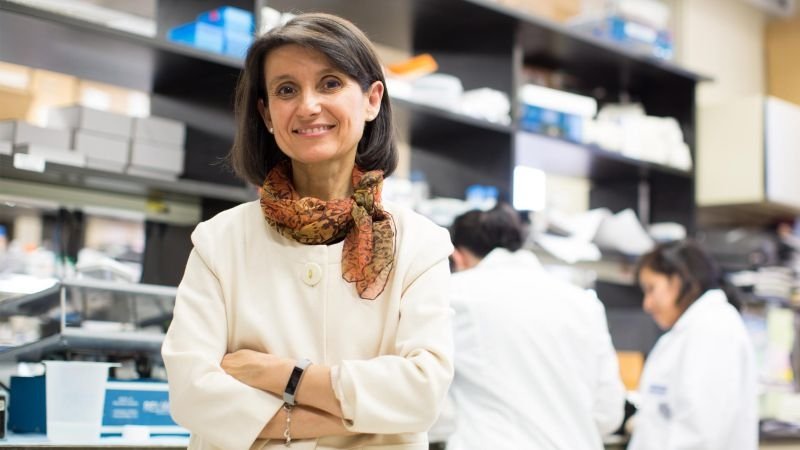 All cells maintain a network of cleaning systems that remove and recycle unwanted proteins. One school of thought holds that when the process, called autophagy, malfunctions in neurons, the toxic buildup of proteins can promote neurodegenerative diseases such as Alzheimer’s.

Now, scientists at the Albert Einstein College of Medicine have shown that a drug designed to invigorate a specialized cellular garbage disposal mechanism ameliorated symptoms in two mouse models of Alzheimer’s. The findings were published in Cell.

The system the drug targets is called chaperone-mediated autophagy (CMA), in which single proteins are selected and escorted to spherical vesicles in cells called lysosomes, where they are then degraded. Once at the lysosome, the protein-chaperone complex binds to receptors called lysosome-associated membrane protein type 2A (LAMP2A) to trigger the destruction process.

The drug, called CA, works by ramping up LAMP2A to boost CMA activity.

Cuervo and colleagues started by investigating whether impaired CMA contributes to Alzheimer’s. They crippled LAMP2A in mice and found that the lack of CMA activity in neurons led to Alzheimer’s-like symptoms such as short-term memory loss and impaired ability to move. It also disrupted the balance of proteins, as soluble proteins that should otherwise have been targeted by CMA became insoluble, increasing the risk that they would become toxic masses.

The researchers also showed in a mouse model of early Alzheimer’s that the buildup of the protein tau—which is a hallmark of Alzheimer’s in humans—could, in turn, dampen CMA activity in neurons. Single-cell RNA sequencing of neurons from the brains of Alzheimer’s patients revealed similar CMA inhibition, which appeared to get worse as the disease advanced.

CMA activity normally drops as people age, but neurodegenerative disease can make it worse, further affecting the normal protein balance in the brain, Cuervo explained. “Our study shows that CMA deficiency interacts synergistically with Alzheimer’s pathology to greatly accelerate disease progression,” she said in a statement.

The researchers tested whether a CMA activator like CA could protect against Alzheimer’s. They gave the oral drug to mice that either had a tau abnormality or a combination of toxic tau and beta-amyloid protein clumps.

The drug significantly reduced levels of tau and beta-amyloid, as well as plaques, in the brains of the animals, the team reported. The treatment also normalized the animals’ walking ability and improved visual memory, anxiety- and depression-like behaviors, and neuromuscular strength.

What’s more, in the treated rodents, the researchers also found reduced gliosis, or inflammation and scarring of cells surrounding brain neurons. “Gliosis is associated with toxic proteins and is known to play a major role in perpetuating and worsening neurodegenerative diseases,” Cuervo explained.

The role of autophagy in clearing out toxic proteins drew interest from the biopharma industry after the 2016 Nobel Prize in physiology or medicine went to Yoshinori Ohsumi for his discoveries related to the cellular cleaning mechanism.

Casma Therapeutics emerged in 2018 with a $58.5 million series A from Third Rock to focus specifically on developing autophagy-targeting drugs to treat different diseases including neurodegenerative conditions. The same year, Rheostat Therapeutics collected $23 million in series A to develop drugs that modulate autophagy for Parkinson’s disease and other brain disorders.

Cuervo and colleagues argued that the decline of CMA activity they observed in both mouse and human tissues suggests that their drug could have an anti-Alzheimer’s effect in people.

“The observed reduction in number and size of mature amyloid depositions upon administration of the CMA activator is strongly suggestive that this intervention could also have a beneficial effect on preexistent pathology,” the scientists wrote in the study.