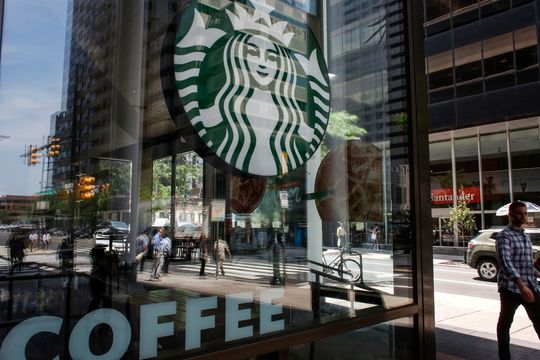 Customization ‘is obviously giving us the ticket is becoming more accretive,’ CEO says

Ever since Starbucks Corp. rolled out longer-term financial targets in September, Wall Street has wondered how the coffee chain might meet what analysts say were ambitious goals, as rising prices drain consumer spending. For at least the year ahead, executives on Thursday called out three ways to get there: higher prices, younger customers and cold, customizable beverages.

For the fiscal year ahead, executives for the coffee chain on Thursday said they expected global same-store sales to be “near the high end” of its long-term target of between 7% to 9% growth. FactSet expects growth of 8.6%.

When an analyst asked what gave management confidence in that target, interim Chief Executive Howard Schultz said that its coffee was an “affordable luxury,” and that it was armed with a loyalty program that it didn’t have in years past. And they said its customers were getting younger, not older.

“Not only has it gotten younger, but that young, Gen Z customer tends to have significantly more discretionary money at their disposal,” he said. “And their loyalty to Starbucks has been quite significant and predicted.”

He said Starbucks SBUX, +0.12% had raised prices by nearly 6% over the past 12 months and hadn’t seen demand subside. And he said cold coffee beverages made up 76% percent of total drink sales in its U.S. company-owned stores. In the fourth quarter, more than half of beverages overall in those stores were customized, leading to $1 billion in sales a year for add-on syrups, foams and other ingredients.

“I think customization, which we spoke a lot about in our prepared remarks, is obviously giving us the ticket is becoming more accretive,” he said.

Management said they expect U.S. same-store sales growth of 7% to 9% for the year ahead. For China, they’re banking on “outsize” growth for the metric — interrupted by a decrease in the first-quarter — as the nation potentially emerges from pandemic-related lockdowns.

For overall revenue, they expect gains of between 10% and 12%. Management also said they would resume their buyback program in fiscal 2023.

Even as the Federal Reserve tries to chart a path to lower prices, Starbucks is the latest company to say it still has “pricing power,” or the ability to charge customers more. Snack maker Mondelez International MDLZ, -0.93%, earlier in the week, said it planned to raise prices through next year. Similarly, its own chief executive also described its snacks as an “affordable indulgence.”

Prior to the call, Starbucks reported fiscal fourth-quarter results that beat expectations, helped by a boost in U.S. sales and higher prices.

Same-store sales rose 7% worldwide, helped largely by bigger ticket sizes, even as actual transaction volume remained muted. They were up 11% in the U.S. But international same-store sales fell 5%, with a 16% drop in China.

Excluding restructuring, impairment and other costs, Starbucks earned 81 cents per share, compared with 99 cents a year earlier. U.S. members of its loyalty program who were active for three months rose 16% to 28.7 million.

Analysts polled by FactSet expected Starbucks to report adjusted earnings per share of 72 cents, on revenue of $8.323 billion. Same-store sales were expected to rise 4.2%.

As with other restaurants and retailers, Starbucks’ sales this year have been helped by price increases. Analysts have also said higher-income consumers, who might not mind higher prices as much, as well as demand for cold beverages, have propelled demand. While China’s COVID-19 restrictions have weighed on sales, analysts say demand trends are strong elsewhere.

“The U.S. business is humming, and the China risk is increasingly understood,” Wedbush analyst Nick Setyan wrote in a research note ahead of Starbucks’ earnings.

The earnings report comes as Starbucks battles a nascent unionization push at some of its stores. Some bargaining efforts between the company and the union members have stalled, amid allegations from both of bad-faith negotiations. The company over the past year has spent more to raise employee pay and rolled out other incentives at non-union stores.

Virgin Galactic on track for space-tourism flights in 2023