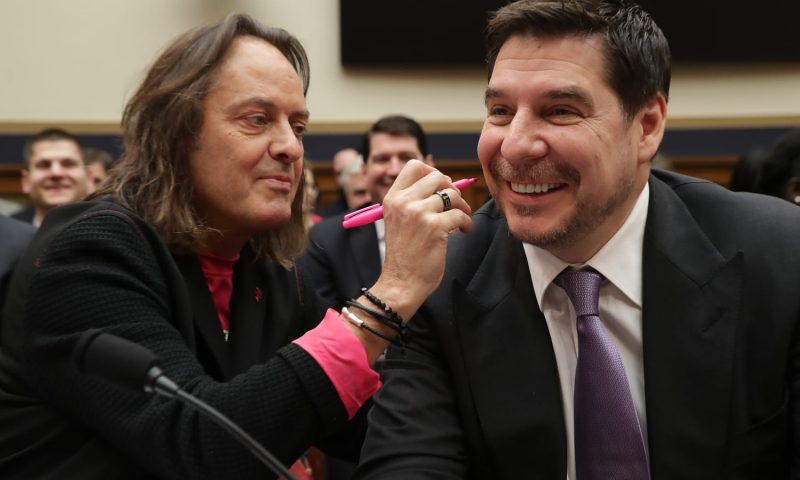 Sprint stock was up more than 60% in extended hours trading Monday after a report in the Wall Street Journal said that a U.S. District judge is expected to rule in favor of its ruling with T-Mobile. T-Mobile stock rose over 8% in extended trading.

The decision is expected to be made public Tuesday, the reports said.

The third-largest U.S. wireless carrier by subscribers has been awaiting a decision from a federal judge on whether it can move forward with its $26.5 billion merger with Sprint.

However, a deal can’t close until the California Public Utilities Commission approves the transaction, which still hasn’t occurred nearly two years after its announcement. T-Mobile, Sprint and Dish Network, which is awaiting approval to start a new national wireless network, all haven’t seen the judge’s ruling, according to people familiar with the matter. The details and potential conditions of the transaction are essential to ensuring the deal still makes sense to all parties, the people said.

The merger was seen by many as a bellwether for the future of the U.S. wireless industry.

The carriers argued that the merger between the No. 3 and No. 4 wireless providers in the country would accelerate the timeline for 5G technology. The carriers also argued that there was sufficient competition in the wireless market, pointing to Dish, Comcast, and other satellite and cable companies that offer or plan to offer their own wireless subscription plans.

The merged company would compete with AT&T and Verizon in the U.S. wireless industry.

Previously, the DOJ and FCC had approved the merger after reaching a side deal with Dish Network, the satellite TV provider that wanted to develop its own wireless platform.

Multiple states had sued to block the deal, arguing it is anticompetitive and will raise prices for customers.