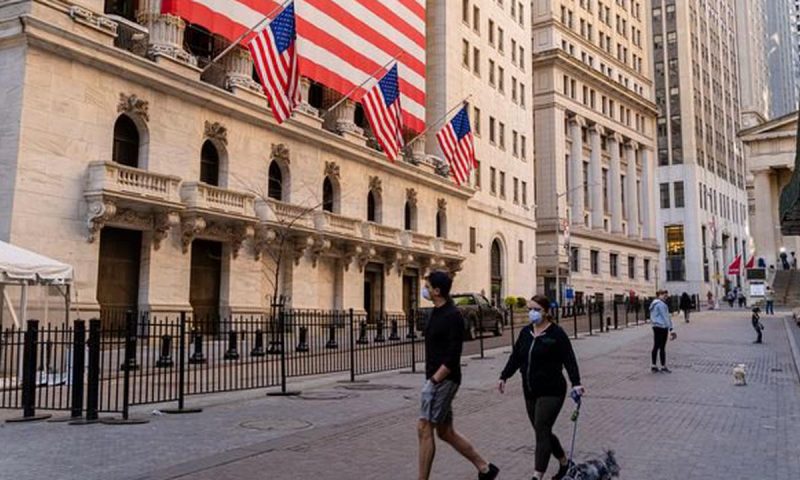 Facebook Inc. FB, -0.34% shares surged to a market cap above $1 trillion for the first time ever, after a federal court on Monday dismissed the Federal Trade Commission’s antitrust lawsuit that would have split up the social-networking giant.

How did stock benchmarks trade?

On Friday, the Dow put in a weekly gain of 3.4%, its largest since the week ended March 12; the S&P 500 rose 2.7% for its sharpest weekly climb since Feb. 5, while the Nasdaq Composite Index gained 2.4% for its steepest weekly rise since April 9.

The focus, in the last trading days of June, remained on quarter-end positioning, discussions surrounding infrastructure and the outlook for the economy’s reopening phase as market participants watch COVID variants.

“I think in the next couple of days, we could see a little bit more volatility,” said James Ragan, director of wealth management research at D.A. Davidson Companies.

“As institutional funds get situated for the second half, there could be a bit more trading than usual over the next couple of days,” he told MarketWatch, adding that inflation, the growth outlook and the direction of interest rates remain top of mind for investors.

“I think the outlook for the market has been fairly positive, but the bond market may be expressing some concern about the sustainability of growth in the second half of the year,” he said.

In Washington, hopes were high for progress on a bipartisan infrastructure bill that could deliver a fresh jolt to business activity in the U.S., while improving roads, bridges and tunnels, after President Joe Biden over the weekend walked back comments that tied the $1 billion infrastructure bill to an antipoverty package.

But worries lingered about the persistence of growing pricing pressures in the economy’s recovery phase from COVID, with investors expected to shift their attention to data on the labor market. The June jobs report will be released on Friday.

The Federal Reserve has insisted that inflation likely will be a temporary phenomenon, but policy makers also have said improvements in the jobs market will form a key part of the decision making process around when to begin curtailing its program of monthly asset purchases and eventually raising its benchmark interest rate, which currently stand at a range between 0% and 0.25%.

A few Fed officials already said they are expecting to raise rates as soon as late 2022, while scaling back asset purchases, or quantitative easing, could commence by the beginning of next year.

“Wall Street estimates earnings growth could slow to an average of 17% in the second half of this year,” Bell wrote in emailed commentary, down from about 35% in the first quarter and forecasts of an 55% peak in the second quarter for S&P 500 companies. “While that is much lower than the first half of this year, it is much better than the average growth rate of 8.4% per quarter going back to 2002.”

On the health front, a study found that COVID vaccines developed by Pfizer PFE, 0.09% with German partner BioNTech BNTX, -2.03% and Moderna MRNA, -1.21% using mRNA may offer protection against the illness for years. About 46.1% of the U.S. population now has been fully vaccinated, according to the latest data from the Centers of Disease Control and Prevention.

However, Hong Kong said Monday it will ban U.K. passenger flights this week to curb the virus. And in Australia, officials are battling to contain several COVID-19 clusters around the country, in what some experts have described as the nation’s most dangerous stage of the pandemic.

The World Health Organization on Friday urged fully vaccinated people to continue to wear masks to combat the delta variant of the COVID-19 strain.

On the housing front, the Consumer Financial Protection Bureau on Monday rolled out new rules on foreclosures, starting in late August, that will give borrowers more time to become current on past-due mortgages and more options, including loan modifications and other remedies, to avoid foreclosures. “An unchecked wave of foreclosures would drain billions of dollars in wealth from the Black and Hispanic communities hardest hit by the pandemic,” the consumer watchdog said.

Investors heard more from Fed officials. Eric Rosengren, the president of the Boston Fed, expressed concern over the housing market in an interview with the Financial Times, as data show house prices soaring.