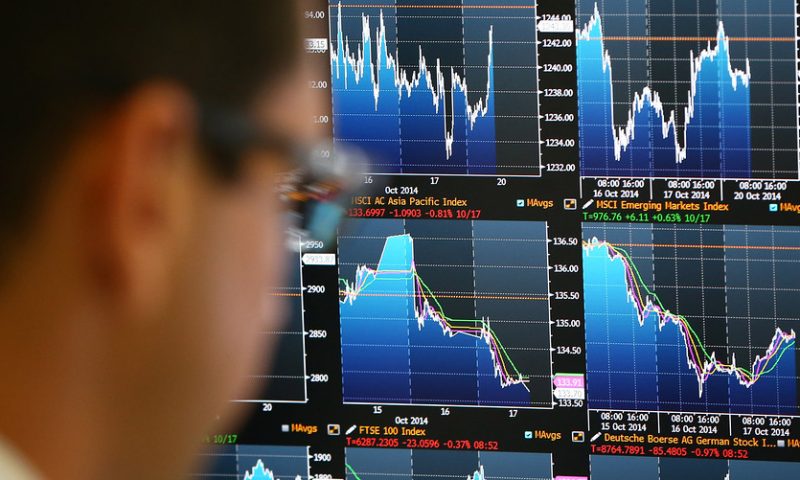 The U.S. economy grew at an annual rate of 3.2% in the first quarter, well above the 2.3% estimated by economists polled by MarketWatch and faster than the 2.2% rate seen in the fourth quarter.

The unusual strength in Friday’s report can be attributed, in part, to a rise in inventories and exports that analysts say aren’t likely to continue in the year ahead, potentially setting the stage for weaker economic growth in the quarters to come.

Nevertheless, such evidence of continued strength in the U.S. economy is in contrast to reports abroad, where economies of the developed world are facing significant headwinds.

The most recent illustration of that is Japanese industrial production, which rose a weaker-than-expected 1% in March versus expectations for a gain of 2.4%. The data come after a spate of lackluster economic forecasts from central bankers from Australia to Sweden.

The University of Michigan said the final reading of its consumer sentiment indexin April was 97.2, down a touch from the 98.4 in reading in March.

Corporate results continue to roll in with first-quarter earnings mostly topping lowered market expectations. Still, worries about the next six months remain as investors punish companies that fail to meet estimates, driving shares down on average 3.2%, according to FTSE Russell. That compares with an 2.5% average decline the day after an earnings over the past five years.

Zhiwei Ren, portfolio manager at Penn Mutual Asset Management, said that Intel earnings had “a huge impact on technology shares” after the company cited weakness in its data center business.

“Data centers are a huge source of growth for the tech sector and semiconductor companies,” he said. “The market is loving semiconductor names,” he added, because the growth of cloud computing is driving demand, but Intel’s weakness pokes holes in this thesis, and was affecting sentiment Friday.

Mike Loewengart, vice president of investment strategy at E-Trade Financial Corp., wrote in an email that the GDP data shows the U.S. economy “shot out of the gate big time” in 2019.

“Combine this GDP data with the earnings results we’re seeing and the market trajectory we’ve enjoyed, and things are looking pretty great,” he added. “But we shouldn’t forget where we are in the business cycle. Many sectors are still tempering expectations for the future…while 2019 started off strong, no one knows what the future holds and we should certainly not become complacent.”

Uber Technologies UBER, +0.00% is set to sell $500 million in shares to PayPal Inc. PYPL, +0.31%  when it sets the price of its coming initial public offering, with the ride-hailing company’s public debut set for some time in May. The company will sell 180 million shares at $44-$50 a share, according to a filing.

Shares of Intuit INTU, -3.89% were off 3.9% even as the tax-preparation software company said it expects fiscal full-year revenue for its consumer group, which includes products like TurboTax, to rise about 10%, which is the high end of its previous range of 9% to 10% growth.

Shares of Mattel Inc. MAT, -1.14% came off earlier highs to trade down 1.1% after the toy maker reported Thursday evening a significantly narrower loss in the first-quarter compared with last year.

Ford Motor Co. F, +10.74%  rallied 11% after the auto maker released its first-quarter earnings late Thursday, announcing earnings and revenue declines on a year-over-year basis that were smaller than Wall Street had expected.

Shares of Amazon.com Inc. AMZN, +2.54% gained 2.5% after the company reported record profits for the first quarter.

Apple earnings: Watch for Apple to reveal how many iPhone billions it plans to put in investor pockets

Why this cheap commodity shouldn’t be overlooked, even by stock-market investors