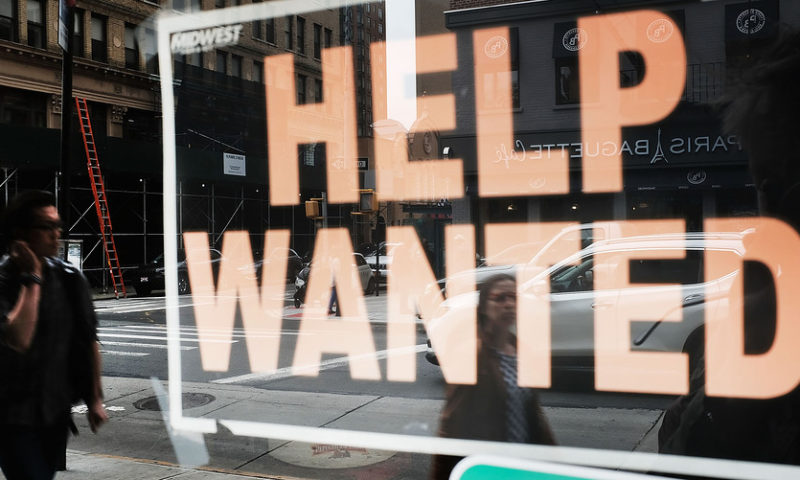 U.S. stocks closed higher Friday, with the S&P 500 logging its longest win streak since October 2017, as investors cheered a solid jobs report and upbeat comments on prospects for a U.S.-China trade deal.

March jobs report showed that the U.S. economy added 196,000 new jobs, above consensus expectations of 177,000 in a MarketWatch poll of economists. The Labor Department’s official measure of unemployment held steady at 3.8%.

However, despite what appears to be strong demand for workers, wage growth remained modest, with average hourly earnings rising 4 cents to $27.70, a year-over-year increase of 3.2%, down from 3.4% in February.

The positive sentiment was also supported by Xinhua News Agency’s report that Chinese President Xi Jinping said in a letter to President Donald Trump that substantial progress had been made in U.S.-China talks over the past months and called for negotiations to be wrapped up as soon as possible.

Earlier Thursday, Trump said the U.S. and China were “rounding the turn” in lengthy talks and predicted that “something monumental” for both countries could be announced in a matter of weeks.

“The jobs report came in above expectations on the top-line growth number, but what’s important is that wage gains seemed to moderate some,” Michael Arone chief investment strategist at State Street Global Advisors, told MarketWatch. “Investors are relieved that the labor market continues to signal strength without too much wage inflation,” he added.

“Average hourly earnings were somewhat softer than expected which should keep inflation pressures at bay for the near term. Admittedly, there has been a string of softer economic data during the first quarter, but today’s report suggests a recession is not on the immediate horizon,” said Charlie Ripley, senior market strategist at Allianz Investment Management, in emailed comments.

“Overall, the report dovetails very well into the Fed’s current thinking as the labor-market conditions remain solid while signs of inflation remain muted which gives them more runway to keep policy rates at the current level,” he said.

Amazon.com Inc. AMZN, +1.01%  shares rose 1% after founder Jeff Bezos and soon-to-be ex-wife MacKenzie reached a deal where she will get 4% of the company’s outstanding stock, worth about $36 billion, as part of their divorce settlement.

Separately, Doug Kass, president of Seabreeze Partners Management, predicted that Amazon shares will could hit $3,000 by 2021, and rise above $5,000 by 2025 on its way to becoming the first $2.5 trillion company.

Shares of Constellation Brands Inc. STZ, +0.97%  bounced back from earlier weakness to rise 1% after a downgrade from a Deutsche Bank analyst who cut his rating on the stock to hold from buy.

Why Amazon will triple to $5,000 a share, according to the this hedge fund manager