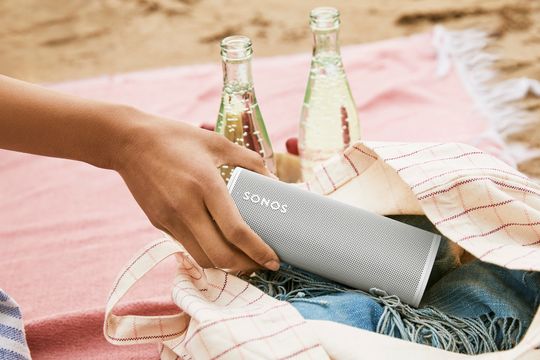 Sonos Inc. met sales expectations for its most recent quarter while issuing an upbeat outlook for its new fiscal year as the maker of smart audio equipment continues to face supply-chain impacts but expects the pressures to ease as 2022 progresses.

The speaker manufacturer saw fiscal-fourth quarter revenue rise to $359.5 million from $339.8 million, while analysts surveyed by FactSet were looking for $360 million.

Shares rose 2% in after-hours trading after the report was released.

While Sonos SONO, -4.05% continues to see “extremely robust” demand for its products, Chief Executive Patrick Spence told MarketWatch that the company is feeling the impact of the global supply crunch.

Component costs are up, especially for the most constrained elements, which are mainly in the semiconductor space, Chief Financial Officer Brittany Bagley continued. The company has incurred increases in shipping and logistics charges as it relies more on air freight than it would otherwise.

The company posted a fiscal fourth-quarter net loss of $8.7 million, or 7 cents a share, whereas it recorded net income of $18.4 million, or 15 cents a share, in the year-earlier quarter. After adjusting for stock-based compensation, restructuring charges and other expenses, Sonos earned 8 cents a share, down from 33 cents a year earlier. The FactSet consensus called for 10 cents a share, based on estimates from four analysts.

Sonos recorded $17.1 million in adjusted earnings before interest, taxes, depreciation and amortization (Ebitda), which is a non-GAAP metric. Analysts tracked by FactSet were expecting $16 million.

For the company’s new fiscal year that just began, Sonos anticipates revenue of $1.925 billion to $2.0 billion and adjusted Ebitda of $280 million to $325 million. Analysts tracked by FactSet were modeling $1.86 billion in revenue and $285 million in adjusted Ebitda.

The full-year revenue forecast exceeded consensus expectations, but Sonos expects that it could face difficulties in the holiday quarter due to supply-chain issues. “It could be challenging for us to grow” in the fiscal first quarter, Sonos’ holiday quarter, Bagley told MarketWatch. “From a supply standpoint, it’s still pretty tough out there in terms of components and logistics.”

Spence sees the supply situation progressing as the fiscal year goes on, and he’s upbeat about the broader demand trends that Sonos is seeing in its business. The company has a “healthy backlog right now” and consumers seem interested in portable products like the Roam and Move speakers now that they’re doing more outside their homes.