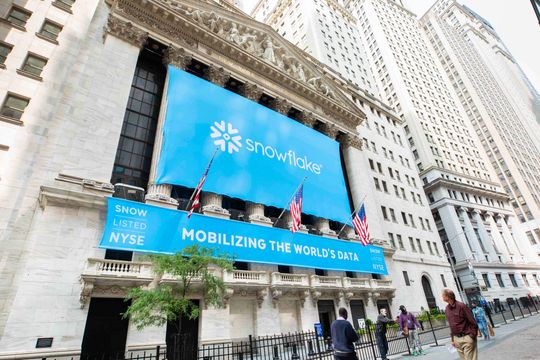 Investors fail to properly appreciate Snowflake’s free-cash potential and its value to startups, according to Wolfe Research

Snowflake Inc.’s stock isn’t cheap despite a recent decline, but one analyst says it’s still worth a look from investors.

Wolfe Research analyst Alex Zukin initiated coverage of Snowflake’s SNOW, +7.56% stock with an outperform rating and $250 price target over the weekend, writing that the company has several factors in its favor, even if its shares are “tied for the 3rd-most expensive revenue multiple in SaaS [software-as-a-service]” despite the stock price dropping nearly in half on the year as of the publication of his note.

Zukin is upbeat about Snowflake in part because of its growth roadmap. “We start by getting very excited about the potential for meaningful revenue outperformance,” he wrote, while noting that he also expects “inflecting” free-cash flow.

“[W]hile the sky-high revenue multiple is often the first thing investors notice when doing work on the company, this is about to become a FCF story,” Zukin wrote.

He sees the company’s June analyst day as a “major catalyst,” writing that the company could “completely update” its longer-term projections then and make product reveals that showcase the opportunity ahead.

Zukin said recent conversations within the venture-capital industry indicated to him that VCs are funding companies built natively on Snowflake.

That companies are building everything from marketing to security analytics directly on top of Snowflake “was one of the most impactful learnings from our diligence, which we believe creates an important durable structural growth driver and competitive advantage that is not well understood,” he wrote.

Additionally, he sees Snowflake benefitting from growing consumption among its existing customer base, and he views international expansion as an intriguing opportunity. About 18% of Snowflake’s revenue was derived internationally in the latest quarter, but he expects that the company will be able to “rapidly” grow its international business on the heels of a broader wave of cloud adoption.

The company “has the security and governance features needed to underscore the data sovereignty requirements that are so crucial to driving international cloud adoption,” he continued.

Bank of Montreal stock outperforms market despite losses on the day